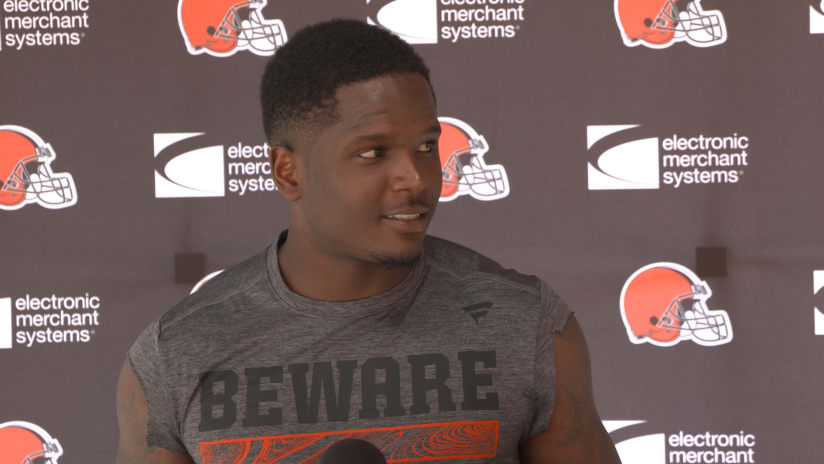 BEREA, OH – The Browns were well aware of wide receiver Antonio Callaway’s spotty past when they drafted him in the sixth round of this year’s NFL Draft. Regardless, general manager John Dorsey was adamant Callaway’s troubles were behind him.

Less than two weeks into the team’s training camp, Callaway has already let those who vouched for him down.

On the same day, Callaway was promoted to the first-team offense after Corey Coleman was traded to the Buffalo Bills, the Florida product was also cited for possession of marijuana and driving with a suspended license. The whole ordeal played out around 3 a.m. on Sunday morning, according to Strongsville police, after Callaway was pulled over for a traffic violation.

The Browns learned of the situation on Tuesday afternoon, just as most fans did. As the team finished practice on Tuesday, head coach Hue Jackson made it clear that they needed to gather more information but admitted that it’s an alarming situation.

“Obviously, I am just now finding out about it,” Jackson said. “We will have a very strong conversation about it. Let me find out all of the facts – everything that went into it – and then go from there

“Obviously, the red flag is up, because that is something that he has had. Let me work through it, see what it is and go from there.”

While the team waits for more information, Callaway will have a head to a hearing on Thursday morning at 9:30 a.m. The same day the Browns play their first preseason game against the Giants in the Meadowlands. The team leaves for New York on Wednesday.

In a development, Callaway reportedly didn’t realize the marijuana was in his car when police officers asked to search his vehicle, sources told  Cleveland.com. The 21-year-old recently had his car shipped to him from Florida where his friends had apparently been using the vehicle. Per the police report, a small amount of marijuana was found under the seat.

Callaway was already under the watchful eye of the NFL after submitting a diluted sample at the NFL combine and later admitting that he had smoked marijuana several weeks earlier. As a result, Callaway was placed on the first stage of the league’s substance abuse program. Violating stage one of the program nets a fine and possible placement in stage two of the program, which would bring more frequent, randomized drug tests.