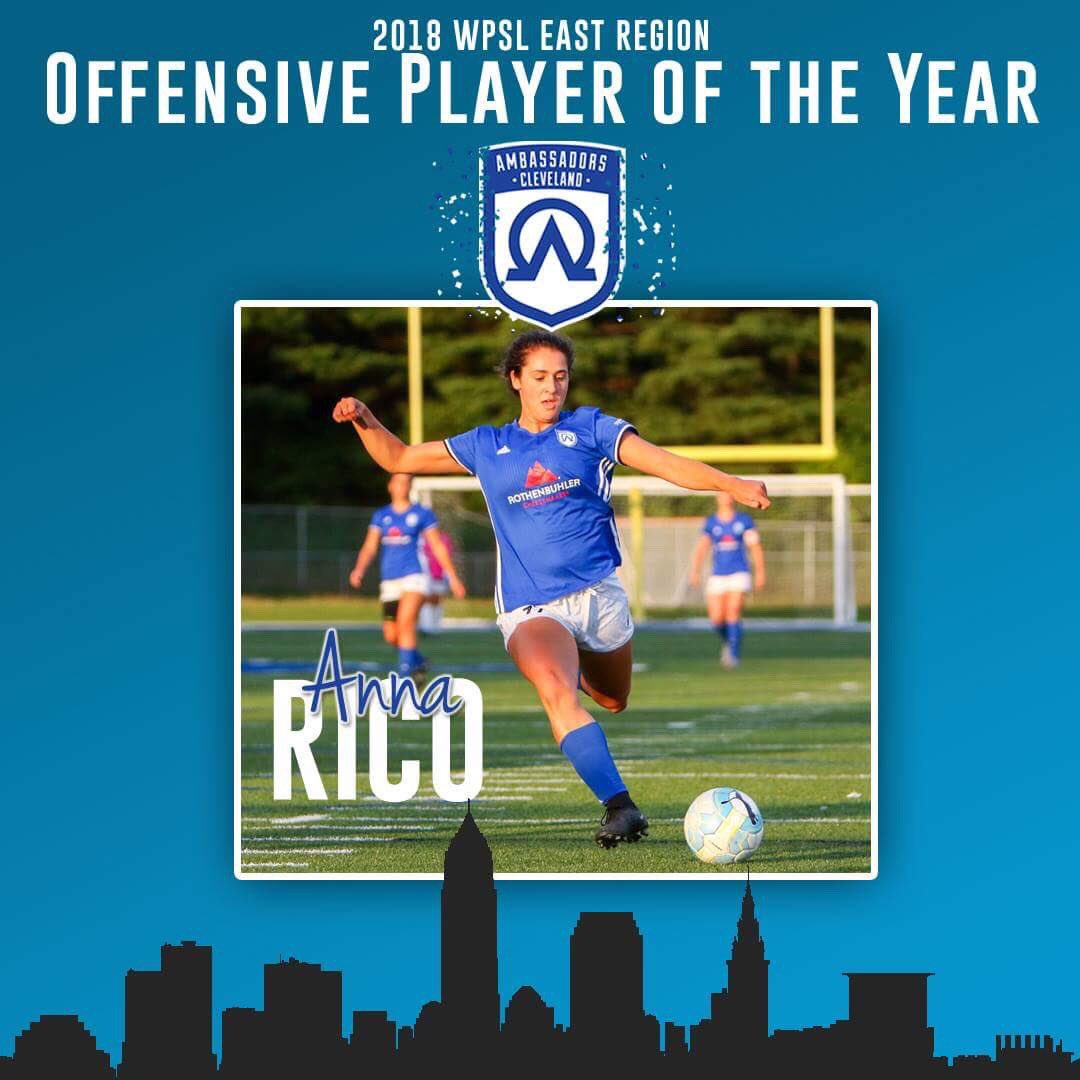 NEOSI would like to congratulate Anna Rico of the Cleveland Ambassadors on winning the 2018 East Region WPSL player of the year!  Anna was a big reason the Ambassadors went unbeaten throughout the regular season and then playoffs!  Congrats Anna and we wish the best in your post career endeavors.

With the @WPSL Eastern Conference Awards being given out today- @anna_rico8 was named offensive player of the year! ⚽️?? Well done, Anna! pic.twitter.com/KiYst40P53

Indians take Battle of Ohio with 4-3 win over Reds; three takeaways
Five reasons Dez Bryant should sign with the Browns