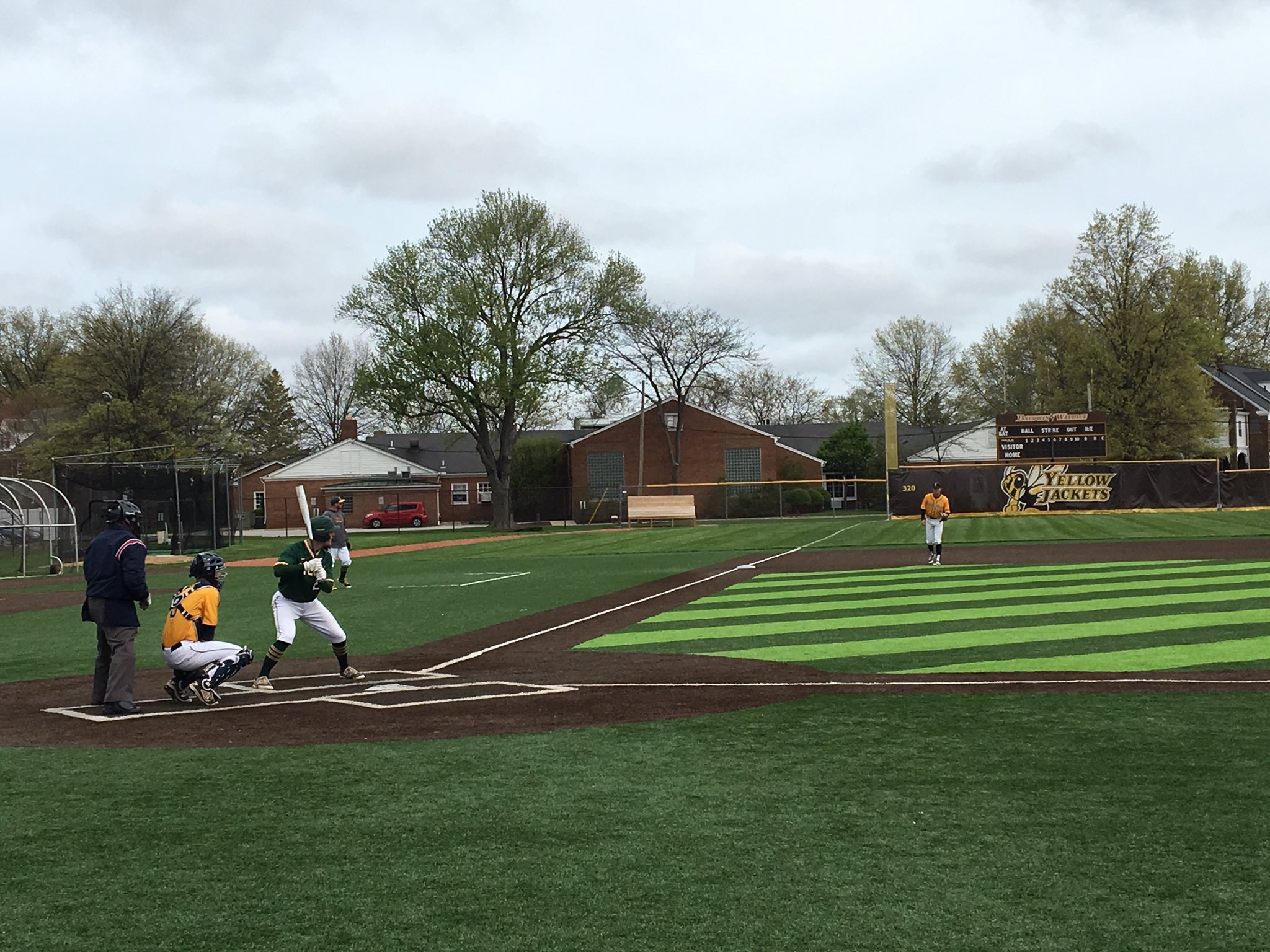 After building a 4-0 lead in the second inning, the Comets watched that lead evaporate in the third and fourth innings, behind a series of key hits that allowed the Wildcats to tie the game.

Amherst would not score another run until the seventh inning, when junior Hunter Cassidy’s one-out RBI single gave them the win.

Right-hander Brian D’Andrea recorded the win for the Comets. The Lake Erie College commit struck out three, and gave up eight hits and four runs in the game.

Tommy Grosel took the loss for the Wildcats, after pitching 2.2 innings and giving up the game-winning run. It was the only run he gave up after striking out two.

Amherst got off to a hot start in the second inning. Kyle Dalzell started the onslaught after getting a single. He scored the first run for the Comets after an error at second base. Cassidy and junior Cameron Karnik both got on base following a walk and a single, respectively.

That’s when senior Jeremy Smith rocked a double to center field that scored both Cassidy and Karnick. The final RBI of the inning came from Ryan Glowacki, who plated Smith on a single.

In the third and fourth innings, St. Ignatius mounted their comeback.

Senior Connor Adams recorded the first single of the third. Senior Jack Siefert, who led Ignatius offensively going 3-4 from the plate, followed that up with a single of his own.

Following Siefert’s single, senior Ryan Jacobs got an RBI double to drop between the center field and right field gap that scored Adams and advanced Siefert to third. Junior Drew Asadorian plated Siefert in the next at-bat after an RBI single.

Senior Seth Warren recorded the final RBI of the inning for the Wildcats, scoring Jacobs to bring Ignatius to within one run.

The Wildcats continued their hot offense into the start of the fourth inning. Adams got his second single of the afternoon, and after advancing to second base on a wild pitch, scored on an RBI single from Siefert.

After the third inning, D’Andrea said that he just had to trust his teammates and concentrate on hitting the strike zone.

“I just knew that when we came back in the dugout my teammates would get me a run. So I just wanted to go back out there in the fourth, get it done, get those strikes, get more outs so we could come back and get more runs.”

D’Andrea continued to settle in, and Ignatius’s bats went cold for the rest of the game. D’Andrea gave up no hits after the RBI single to Siefert in the fourth inning.

With the game tied up at four in the top of the seventh, Amherst’s Xavier Moore recorded a single in the first at-bat of the inning. Junior Kyle Mantin then came in to pinch run for Moore. A sacrifice bunt from Dalzell advanced Mantin to second base with one out.

That’s when Cassidy came to the plate and recorded his only RBI of the game on a bomb to left field.

“That’s just baseball 101, get him on, get him over with a sac bunt,” Amherst head coach Matt Rositano said.

The Comets will take on Berea-Midpark on Monday in Berea. St. Ignatius is set to face off against Olmsted Falls on Tuesday.