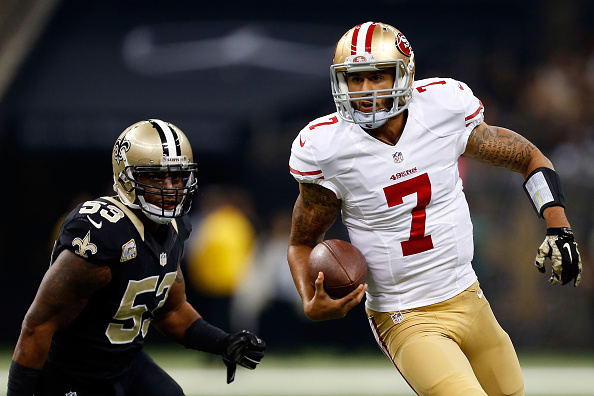 It sounds like 49’ers quarterback Colin Kaepernick is closer to coming to Cleveland to play for the Browns, as Mike Silver of Yahoo reports that the deal that would bring him to the Browns has a ‘general agreement’ in place.

Here’s a tweet from @Believeland24x7 with a transcript of what Silver said.

#Browns half way done with the Kaepernick deal according to @MikeSilver pic.twitter.com/0UXo55oYat

According to Adam Schefter of ESPN, Kaepernick likes the idea of coming to the Browns, as he reported today that the QB is open to playing in the AFC North for Cleveland.

But Kaepernick is embracing the idea of playing for the Browns, according to Schefter. The Browns and 49ers have had trade conversations.

To date, the Browns have expressed more interest than the Broncos, who have been slow-playing their interest in Kaepernick so far.

Now it’s a matter of if the Browns and Niners can come to an agreement on the compensation, as the Broncos picked up a QB today in Eagles and former Jets QB Mark Sanchez, and may be out of the Kaepernick picture.