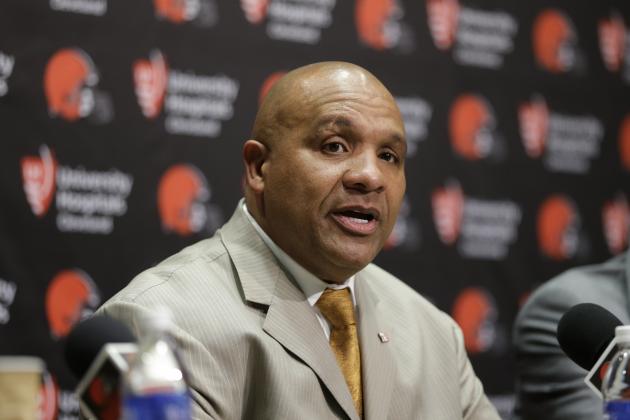 Browns coach Hue Jackson took the stand for his first NFL Combine as head coach of the Browns, and pretty much right off the bat had to answer yet more questions about soon to be former Browns quarterback Johnny Manziel.

Not much has been said about Manziel as of late, other than he’s as good as gone from the franchise on March 9th. Jackson took a rather hard stance about Manziel, and wouldn’t elaborate much on it.

“Let me say this about that,” Jackson began. “I knew that question was coming. We made the statement two weeks ago about Johnny Manziel and I’m going to stand by that.

“I think his future on our team will be addressed here pretty soon. Let me say this, obviously there were some people involved in this situation that happened, and I feel very bad about those things.

“But I want to make sure we all understand that that behavior will not be tolerated as we move forward. Our organization is going to take a stand, and we’re going to move on from those kind of situations.”

It’s great to see Jackson not waver in anyway about his stance about the quarterback and his behavior, and that there doesn’t appear to be any softening about the team moving forward with his eventual release.

Manziel continues to have an ongoing investigation into a domestic violence allegation involving his ex-girlfriend, and smartly the Browns on March 9th will get as far away from Manziel as possible.