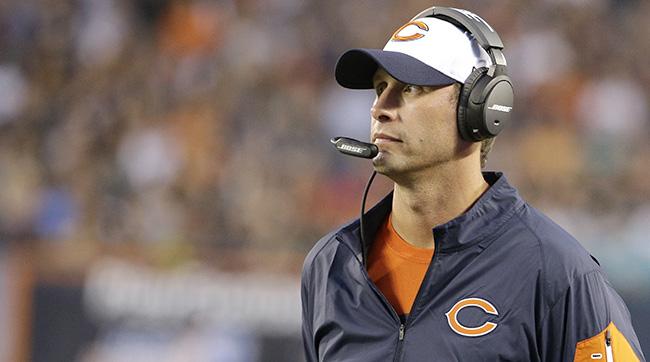 Various reports have linked the Cleveland Browns to Chicago Bears’ offensive coordinator Adam Gase, as a possible replacement for Mike Pettine, who may very well be coaching his last game in Cleveland Sunday against Pittsburgh.

Gase was the offensive coordinator for the Denver Broncos in 2013-2014, going to the Super Bowl in his first season as OC. This season with Chicago, the Bears are 20th ranked in total offense, 23rd in passing, and 12th in rushing. The Bears are 6-9.

Gase was on the Browns’ list the last time there was a coaching vacancy in Cleveland, but he withdrew his name from consideration.

ProFootballTalk.com reported on Saturday that Gase is expected to be sought after by the Eagles and Dolphins, as well.

We could know by as soon as tonight if Pettine will be fired, and the search will start immediately if that’s the case.

Mary Kay Cabot of Northeast Ohio Media Group reported on Sunday that according to “sources” “the groundwork has already been laid for an interview.”