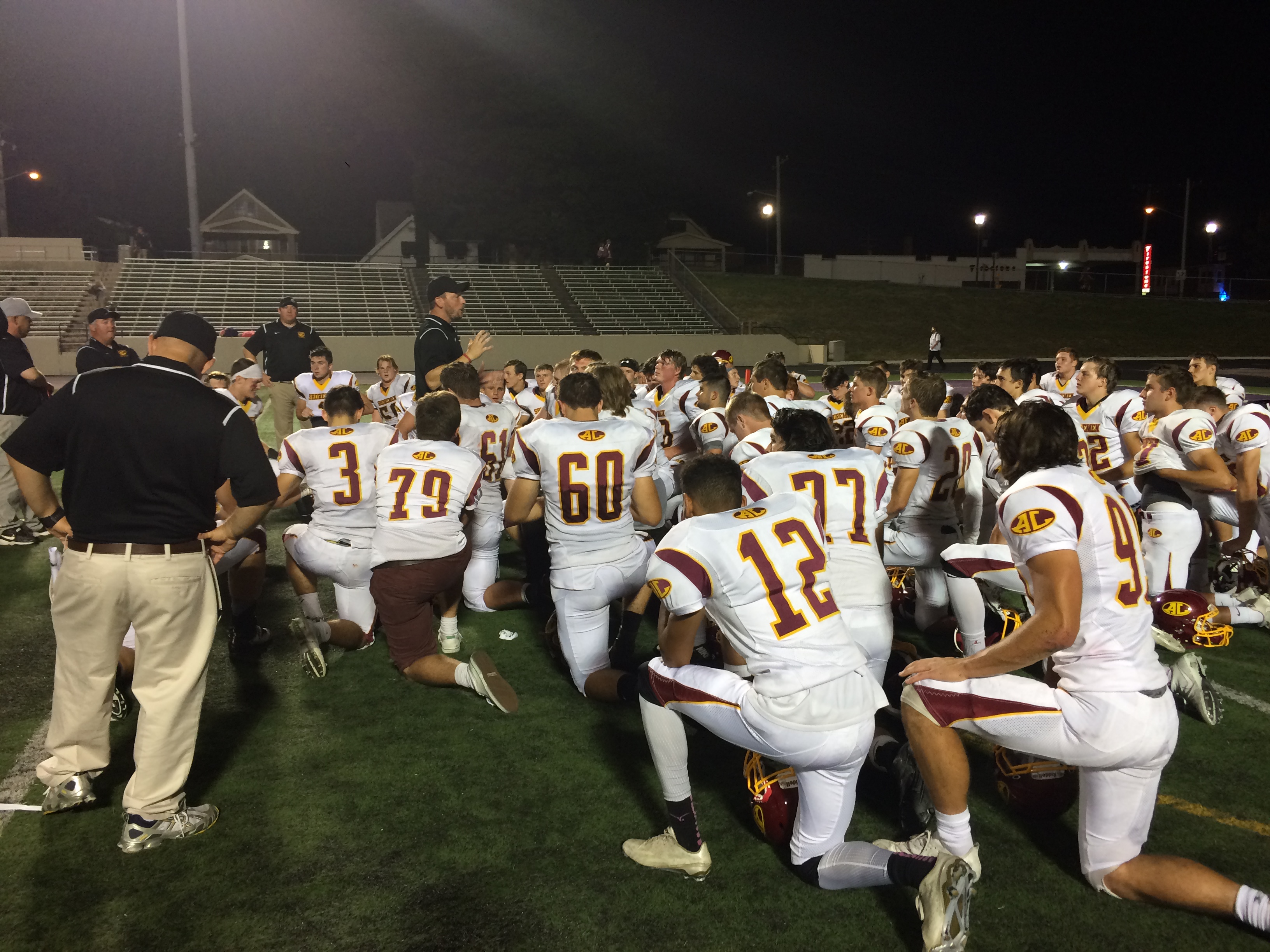 THIS RECAP IS BROUGHT TO YOU BY YUZU LAKEWOOD YOU CAN VISIT THEM ONLINE HERE.

LAKEWOOD, OHIO– The Avon Lake Shoremen dominated the Lakewood Rangers, 48-6, thanks to the Shoremen run game.

The scoring started early for the Shoremen, as they began the game with a three-minute touchdown drive that was capped off by quarterback Jack Mikolich’s one-yard touchdown run.

Less than one minute later, Avon Lake got the ball back after an interception from senior Mike Sacco.

The Shoremen capitalized again, this time from a Matt Sanders five-yard touchdown run that give Avon Lake a 14-0 lead halfway through the first quarter.

The score remained the same until early in the second quarter.

Jack Mikolich tossed a touchdown from 18 yards out to give the Shoremen a commanding 21-0 lead.

The Rangers answered the next drive. Milan Jackson ran in a 22-yard touchdown with 6:02 left in the second quarter.

Lakewood’s success was short-lived, however.

After recovering the ball, the Rangers fumbled the ball and gave it right back to the Shoremen.

It looked like Avon Lake was going to score with less than a minute to go in the half, but then Jack Mikolich threw an interception in the end zone with 32 seconds remaining in the first half.

After forcing a three-and-out, the Shoremen picked up right where they left off scoring on their first drive from a Konnor Riggs touchdown run to make the score 35-6.

Riggs finished the game with 164 yards on 20 carries.

“He played an incredible game,” Avon Lake Head Coach Matt Kostelnik said following the victory. “He’s been seeing holes well, and o-line wise we’re getting hat on hat and when we get hat on hat, and the way Konnor’s been running the ball, our run game will stay successful.”

The Shoremen ran for a total of 367 yards on the night, with Riggs contributing over a third of that yardage.

Mikolich also contributed to the run game, he ran for 61 yards on six carries and had a touchdown run.

The Shoremen scored once again late in the third quarter courtesy of a six-yard touchdown pass from Mikolich.

The game finished out being an absolute blowout win for Avon Lake, the final score being 48-6.