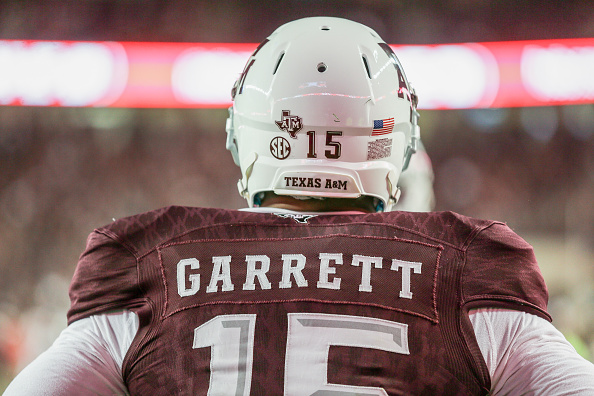 Today we present our first Browns Mock Draft of 2017 – now knowing the team has the 1st and 12th picks in May’s NFL Draft. Enjoy!

The Cleveland Browns own two first round picks in this year’s NFL Draft. They have their own at number one overall and the Eagles pick which comes in at number twelve.

Myles Garrett is without question the best player in this draft. Owning the number one pick and there not being a clearcut top QB to go with means the Browns should look at the best player available. The team needs to find a way to get pressure on the QB after finishing second last with 26 sacks and adding Garrett can open a lot of versatility for the defense. At 6’5” 270 pounds and 4.5-4.6 speed he has the potential to be a bigger sized Von Miller who also came out of Texas A&M as a high pick recently. Despite playing through injuries and double teams all season he put up 15 tackles for loss and 8.5 sacks this year. Cleveland can put him on the outside opposite Collins for a scary pass rush with Davis and Kirksey inside and Ogbah on the line. They could also put Ogbah on the outside across him and put Kirksey and Collins inside. Cleveland could have a very versatile and young front seven that will only get better and create a lot of headaches with Garrett leading the way.