Where Does 2016 NBA Finals Rank on Greatest Sports Comebacks of All-Time? 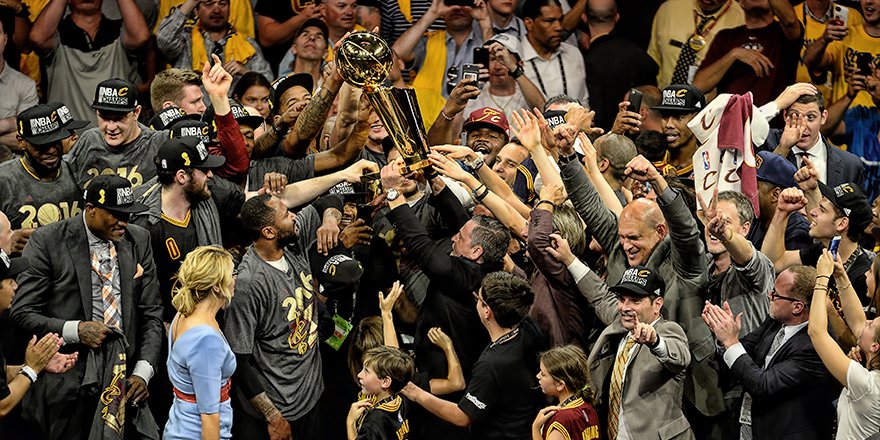 The Cavaliers became the first team to overcome a 3-1 deficit in NBA Finals history. It ended a 52-year drought. It came against the team with the best regular season record in NBA history (73-9), and LeBron James had one of the most remarkable performances over a seven-game stretch of anyone in NBA Finals history. Let’s also consider the fact that the Cavs had to win two of the final three games on the road.

Keeping all of this in mind, where does it stack up compared to other all-time great comebacks?

In recent history, the only comparable event was the Boston Red Sox in 2004. The Red Sox came back down 3 games to none against their hated rival, the New York Yankees.

Prior to that series, no team had ever come back from a 3-0 deficit in MLB playoff history. To this day, the Red Sox still are the only team to do it. They would go on to win the 2004 World Series, ending an 86-year “Curse of the Bambino.” Granted, Boston had won all sorts of titles with their NHL, NBA and NFL teams during that time span.

It could be argued that the Red Sox 2004 comeback was a more difficult feat because it would make sense that 3-0 is tougher than 3-1, but when considering the stakes of the series, the Red Sox vs. Yankees was not the World Series, it was the ALCS, which is the equivalent of the Eastern Conference Finals in basketball.

So while what the Red Sox did may have been a more difficult task to achieve, the magnitude of it was not as significant as the NBA Finals.

If there’s any Red Sox fans reading this, feel free to disagree, but winning an NBA championship is a level up from just getting to the World Series.

In terms of other playoff comebacks, in this case, I think it’s more fair to compare seven-game series formats to other ones, rather than individual games.

So for all intents and purposes, since the NBA has never seen a 3-1 comeback in the Finals aside from what just happened with the Cavs, we’re only going to look at MLB World Series comebacks and NHL Stanley Cup comebacks.

There have been several instances of 3-1 series comebacks in ALCS and NLCS history, but to equate it on the level of the NBA Championship, we’re only narrowing it down to the World Series.

In World Series history, there have been five times where a team came back down 3-1 in the series. We’ll go through those chronologically. 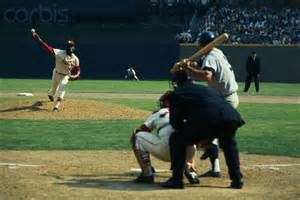 In 1925, the Pittsburgh Pirates came back down 3 games to 1, defeating the Washington Senators. It was an amazing comeback, but what makes this perhaps less significant than what the Cavs did is the fact that the Pirates had two of their final three games in the series at home. Nevertheless, props to Pittsburgh.

In 1958, the New York Yankees came back down 3-1 against Hank Aaron and the Milwaukee Braves. What makes this comeback even more amazing than the 1925 series is that Games 6 and 7 of the series were in Milwaukee. So in that regard, it would be reasonable to argue that what the Yankees did was every bit as remarkable, if not a little bit more so than what the Cavs did.

In 1968, the Detroit Tigers came back down 3-1 against Bob Gibson and the St. Louis Cardinals. Gibson was widely regarded as the best pitcher of that era. The Tigers won Games 6 and 7 in St. Louis, and the fact that they had to go up against the unanimous ace of the league, (much like how Curry was voted unanimous MVP,) makes this comeback even a bit more impressive than what the Yankees did against the Braves, and we’ll give a slight edge to the Tigers above the Cavs in terms of ranking the comebacks.

In 1979, the Pittsburgh Pirates came back down 3-1 to the Baltimore Orioles, who had won 102 games that season. Games 6 and 7 were on the road in Baltimore, making it an especially tough task. We will put this one right on par with what the Cavs did.

In 1985, the last time a team came back down 3-1 in the World Series, the Kansas City Royals stunned the St. Louis Cardinals. The Royals won Game 5 in St. Louis and had the next two games at home in Kansas City. The Royals should have lost Game 6, but one of the biggest blown calls in sports history with 2 outs in the bottom of the ninth gave Kansas City new life. The game should have ended, but the Royals took advantage of the missed call and went on to win the series. The combination of the blown call and the fact that the final two games were at home make this comeback less impressive than what the Cavs did.

So in summary, the only two MLB comebacks that are on par with what the Cavs did are the 1958 Yankees over Braves and 1979 Pirates over Orioles.

The only MLB comeback that I put ahead of what the Cavs did is the 1968 Tigers over Bob Gibson and the Cardinals. What gave this the edge is that Gibson had a historically amazing season, finishing with a 1.12 ERA, which still stands today as the MLB record in the live-ball era (post-1920).

Perhaps Cavs fans would argue that Steph Curry had a historically amazing season, too, and the Warriors 73 wins makes them more of a juggernaut, but to that my first response would be “I don’t remember many Cavs fans praising how elite Curry was before the series ended” and I believe that there is nothing harder in sports than going up against a dominant pitcher. Even if the team around him is not great, that one guy can dominate a game so much that it can neutralize the greatest of players.

Gibson did not collapse under pressure in the series. His first two starts were Game 1 and Game 3. He pitched a complete game five-hit shutout and struck out 17 batters in Game 1, a world series record for strikeouts.

In Game 4, just four days later, he pitched a complete game and allowed one run on five hits, striking out ten.

In Game 7, making his third start in eight days, the Tigers had to go up against the seemingly invincible Gibson. Gibson and Mickey Lolich of the Tigers each pitched six shutout innings to start the game.

The Tigers finally broke through in the seventh inning, putting up three runs. They would go on to win 4-1. The fact that this came against Gibson in a Game 7 of the World Series on the road puts it a step above what the Cavs did in my mind. Feel free to disagree.

Moving on to the NHL. 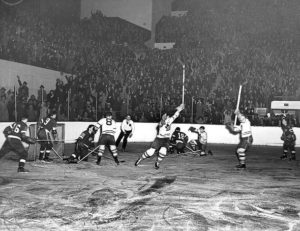 The only team in NHL history to come back down three games to none in the Stanley Cup Final was the 1942 Toronto Maple Leafs against the Detroit Red Wings.

Think about this, it’s the biggest stage of the sport, you’re down 3-0. That is without a doubt a more impressive feat than what the Cavs did. The Maple Leafs had to play Game 4 in Detroit to avoid being swept.

Game 5 was in Toronto, Game 6 was back in Detroit, where the Maple Leafs were down 3-2 in the series.

They forced a Game 7 back home and won.

This is the most impressive comeback in sports history to me.

So in conclusion our top 3 comebacks of all-time: