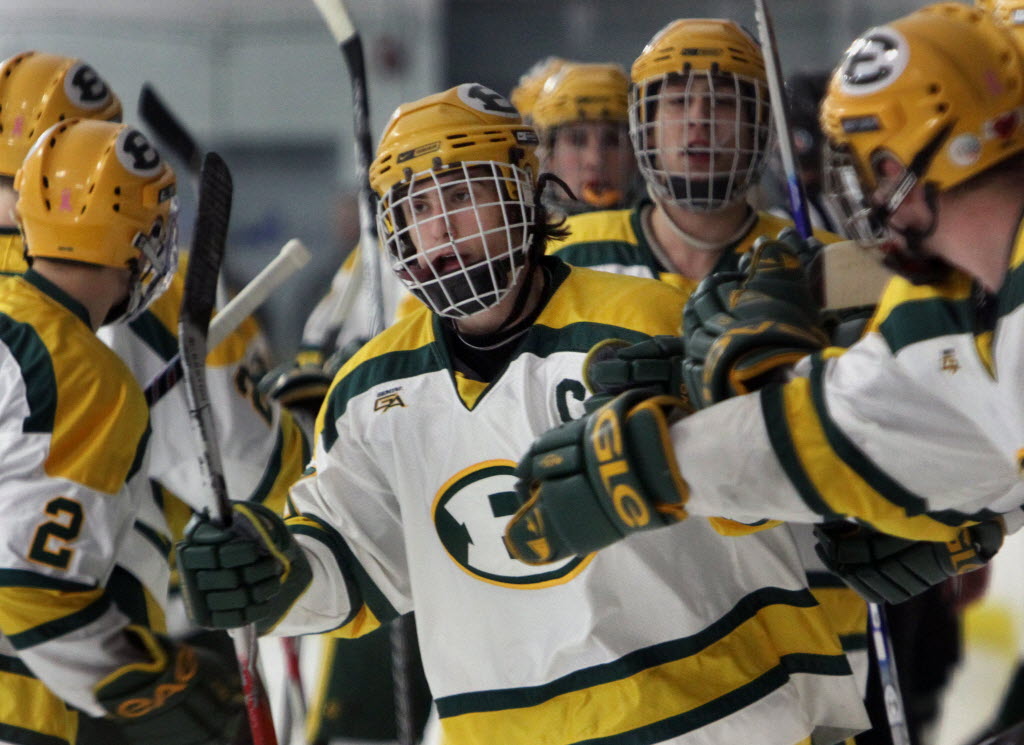 The OHSAA Brooklyn District Semi-Finals concluded on Wednesday night with a matchup between #2 St. Edward’s and #3 Padua.

It was an odd game that took two days to complete, but St. Ed’s was in control most of the way and defeated the Bruins 3-0. 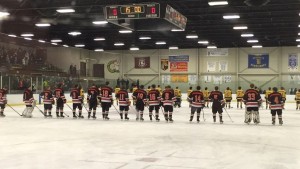 St. Ed’s jumped out to an early 1-0 lead, thanks to an even-strength goal from Curtis Szelesta at the 2:16 mark of the first period.

That would be the only tally of the frame and the Eagles would maintain a 1-0 lead heading into the second period. 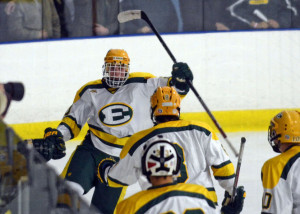 It was a hard-hitting start to the second period and eventually the referees determined one of those hits warranted a St. Ed’s penalty, putting Padua on the power play four minutes into the frame.

The Bruins could not capitalize on the opportunity and both defenses held their ground for the next six minutes.

St. Ed’s was finally able to break through again to make it 2-0 with just under four minutes to play in the period, as Sean Steckle netted home an even-strength goal.

Szelesta scored his second goal of the game at 14:38 of the period to make it 3-0 in favor of St. Ed’s heading into the final period.

Lynsey Wallace made 27 saves in the first two periods for the Bruins.

The third period was rescheduled for 6 PM Thursday.

After play resumed on Thursday, neither side would score and St. Ed’s would hang on to win 3-0. 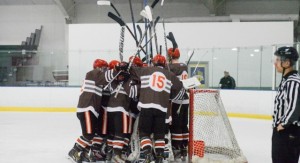 With the win, the Eagles advance to face their biggest rival, the #1 St. Ignatius Wildcats in the District Final on Saturday for the chance to head to the Final Four in Columbus. 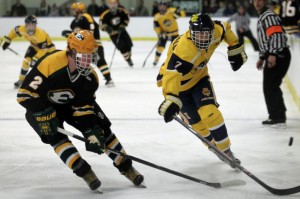 The two teams squared off one time this season and Ignatius pulled off a 1-0 victory in their only meeting.

The puck drops at 1 PM and fans can listen to live play-by-play on allsportscleveland.com.