WWE: The Top Rumble Moments of All Time! 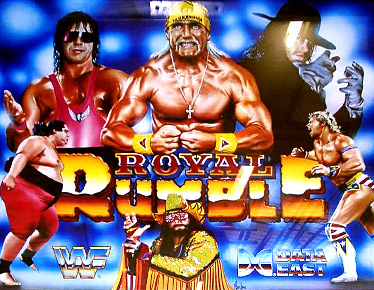 It is hard to believe that the WWE Royal Rumble has been around since 1988 and has had some incredible memories along the way.  From sitting right here and not even looking at google, I can name you several big moments from each and every show.  In the interest of time, I will try to limit it to 1 or 2 a show, but I’m not making any promises.

Okay wrestling fans, here it is, the “not so official” Top Moments in Royal Rumble History in Chronological order per year.

1988 – Who could forget Dino Bravo breaking the all time bench press record, with the help of Jesse The Body Spotting him of course.  Not too mention, the tension filled contract signing between Andre The Giant and Hulk Hogan in the biggest rematch of all time.

1989 – The first 30 man edition see’s the pairing of Demolition start it off, which pretty much hit home the exact point of the match.  Nothing subtle about that booking.  It stands out however!

1990- One of the best Rumble matches in history with some of the biggest names.  However the best moment of the night was the first and epic clash between The Hulkster and The Ultimate Warrior.  Two good guys going at it, was almost unheard of in those days.

1991 – Hogan gives Perfect a chop, Perfect gives Hogan a chop, Haku gives Perfect a chop.  Rowdy Piper made me want to watch this one on mute.  But, the tragedy that was Sgt. Slaughter cheating (with the help of Macho King) to steal the WWF title from The Ultimate Warrior makes the event worth watching.

1992 – This one is widely regarded as the best Rumble in History as Ric Flair entered third and then went the distance to win his first WWF Title.

1993 – A lot of people will remember this one as Yokozunas coming out party as the winner, or the debut of Lex Luger, or The Undertaker getting mauled by Giant Gonzales.  I choose to remember it by the excellent WWE title match with Bret Hart retaining his belt with a perfectly executed sharp shooter over Razor Ramone.

1994 – Incredible WWF Royal Rumble in every way imaginable.  Bigelow vs Tatanka kicked off the show in great fashion.  The Casket Match of Yokozuna defending his title against The Undertaker will forever stand the test of time, and who could ever forget the double win (tie) Rumble with Luger and Bret?  Great great rumble!

1995 – Terrible, terrible rumble.  It was the start of a bad year for the WWF.  HBK wins a talent depleted Rumble in 30 mins?

1996 – Despite audio problems, it was a solid show with Hart and Taker closing out the night instead of HBK’s second straight win. Most memorable moment was the debut of the dominant Vader.

1997 – Despite the influx of foreign talent no one ever heard of or again, good rumble thanks to legends like Stone Cold, Undertaker, Bret Hart and Mankind being the last ones in the ring.  Also a great main event with HBK winning his title back from Sid.  Overall good ending!

1999 – Amazing Rumble as Vince McMahon goes from 2 to victory!  Elsewhere on the card, The Rock vs Mankind launced Rocks career and put Foley into retirement planning.

2000 – Cactus Jack vs HHH from the Garden for the title, enough said right there! Excellent!

2003 – Loaded rumble as the WWE was starting to emerge out of the Attitude era and into the Ruthless Agression Era.  Brock Lesnar notches the victory as Beniot vs Angle put on a 5 star classic on the undercard.

2004 – Perhaps the greatest actual Rumble match of all time, but you will never see highlights of it or any from WWE acknowledging it,  why?  Just look at who won – CHRIS BENIOT

2005 – Double winner, no, not this time, as the Batista vs Cena showcase took place first hand.  A coming out party for both men, the restart saw Vinny Mac tearing two quads and Batista winning it all.

2006 – An emotional night as Rey Mysterio wins one for his buddy  RIP Eddie!

2009 – Perhaps one of the most forgotten Rumbles of all time as Randy Orton wins with the help of Legacy, only to go on and lose to HHH at WM 25.

2010 – Edge returns from injury in shocking fashion to win the Rumble,  An incredible moment and excellent booking from WWE at the time.

2011 – A 40 man Rumble was far too much, although watching CM Punk run the nexus for awhile in the begining was fun, but then it just got all messed up with Cena and Hornswoggle.  A 40 man rumble will never be done again.  Experiment failed.

2013 – This was the start of 4 straight awful Rumbles as the second Cena won the rumble, we all knew The Rock would be winning the title away from CM Punk.

2014 – For the second straight year, the Rumble was awful.  This one perhaps was the worst of all time.  The crowd screamed for Daniel Bryan all night, only to find out he wasn’t even entered in the match.  This was the night that started it all.

2015 – A terrible Rumble that saw Roman Reigns capture the most predictable win of all time.  Well, that is if you don’t count the extremely predictable wins by Batista and Cena the two prior years, or HHH last year.

2016 – While the gimmick of it being a title match was cool, it was a terrible idea to have Reigns enter first.  Far too predictable.  Only good thing about the whole card was AJ Styles making his debut.