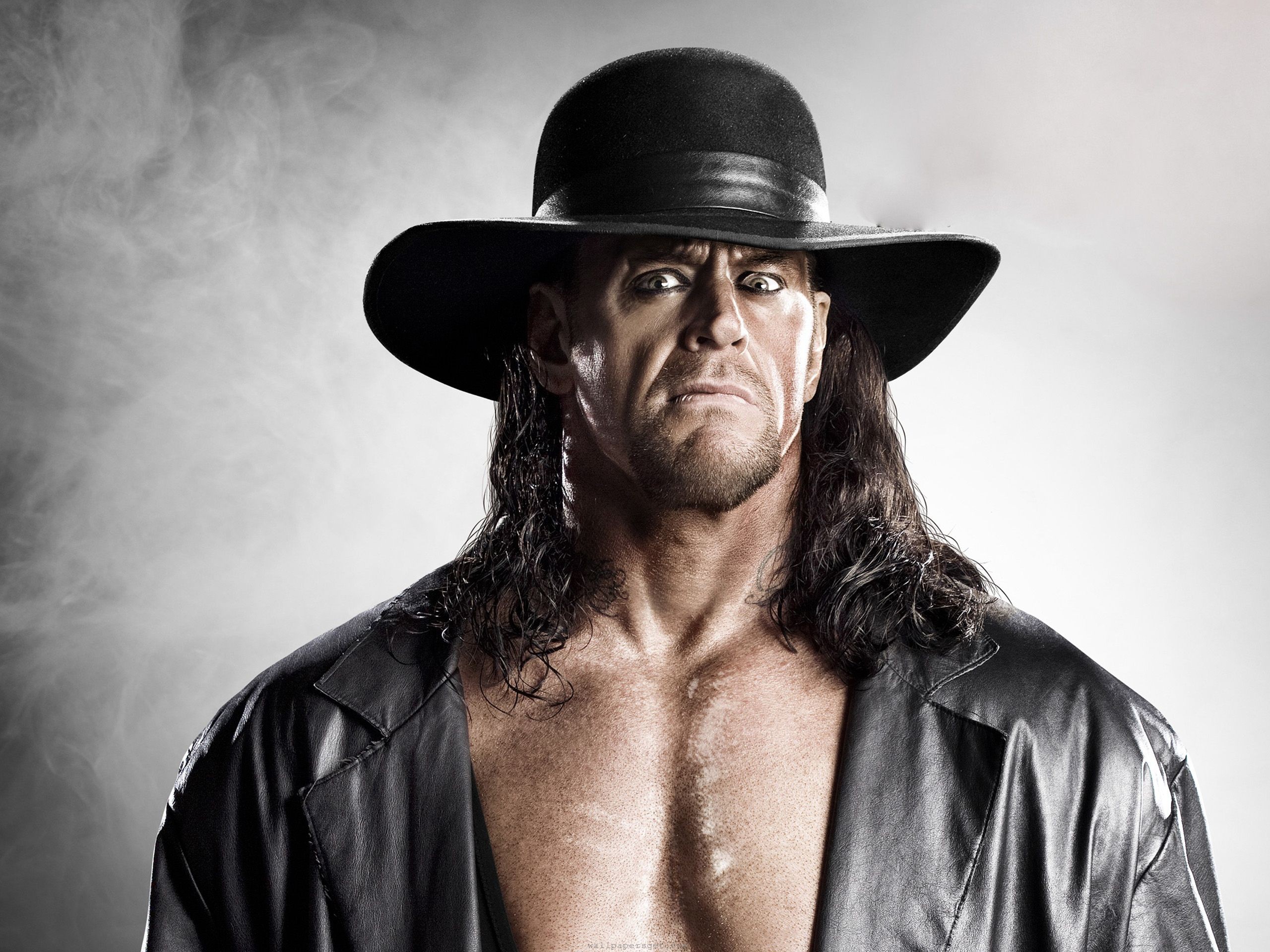 CLEVELAND – You never know who you are going to see at Quicken Loans Arena when the Cavs take the court, but tonight one of the biggest wrestling and WWE stars is on hand for the banner raising celebration.

That wrestler is none other than The Undertaker, (Mark Calloway), who is there likely has something to do with the t-shirt LeBron James wore after the Cavs trailed in June’s NBA Finals 3-1 to the Warriors.

Here’s that pic in case you forgot. 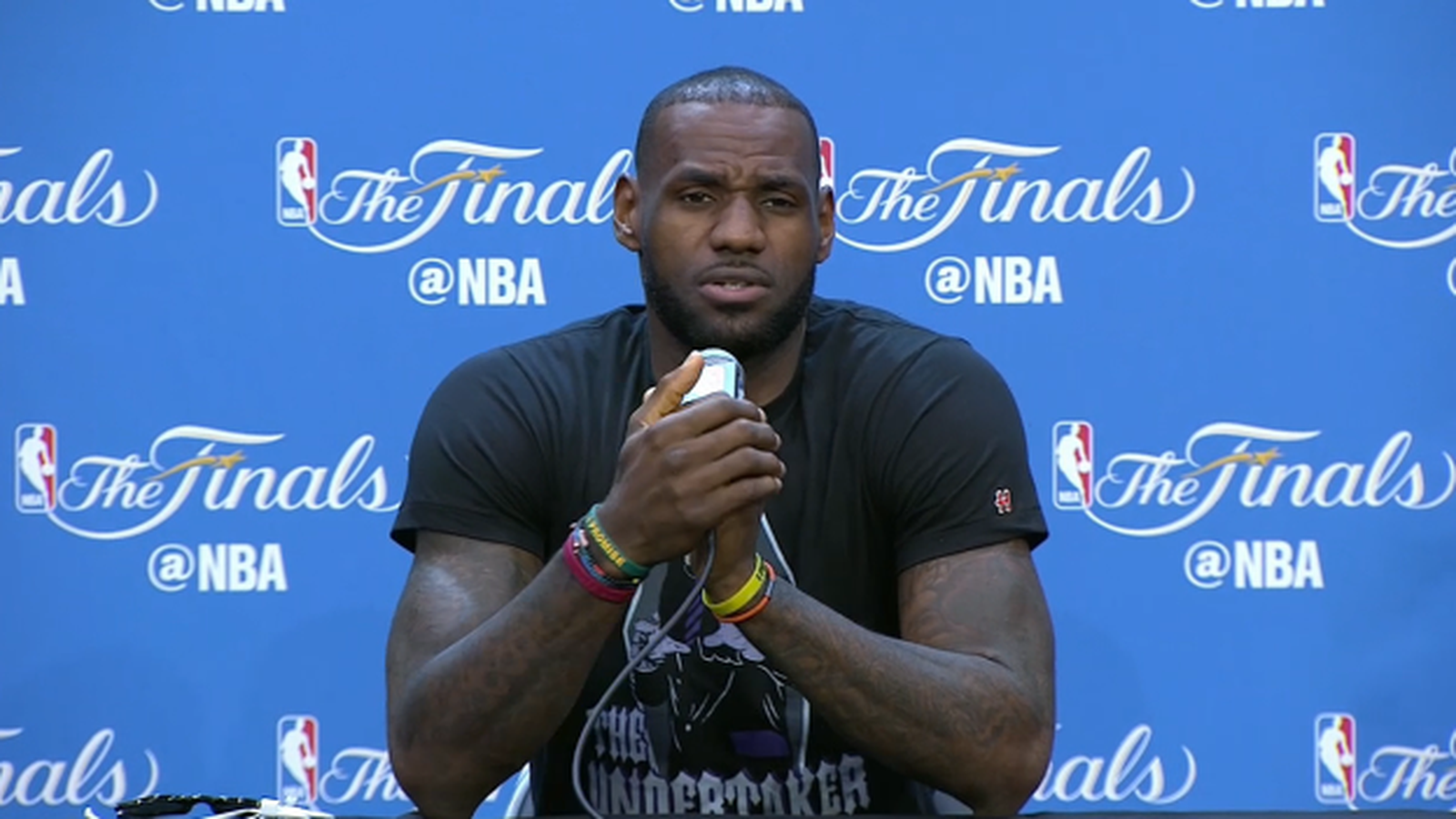 No word yet on what the Undertaker is going to do and what part he will play, but here he is backstage a few hours before all the hoopla takes place. 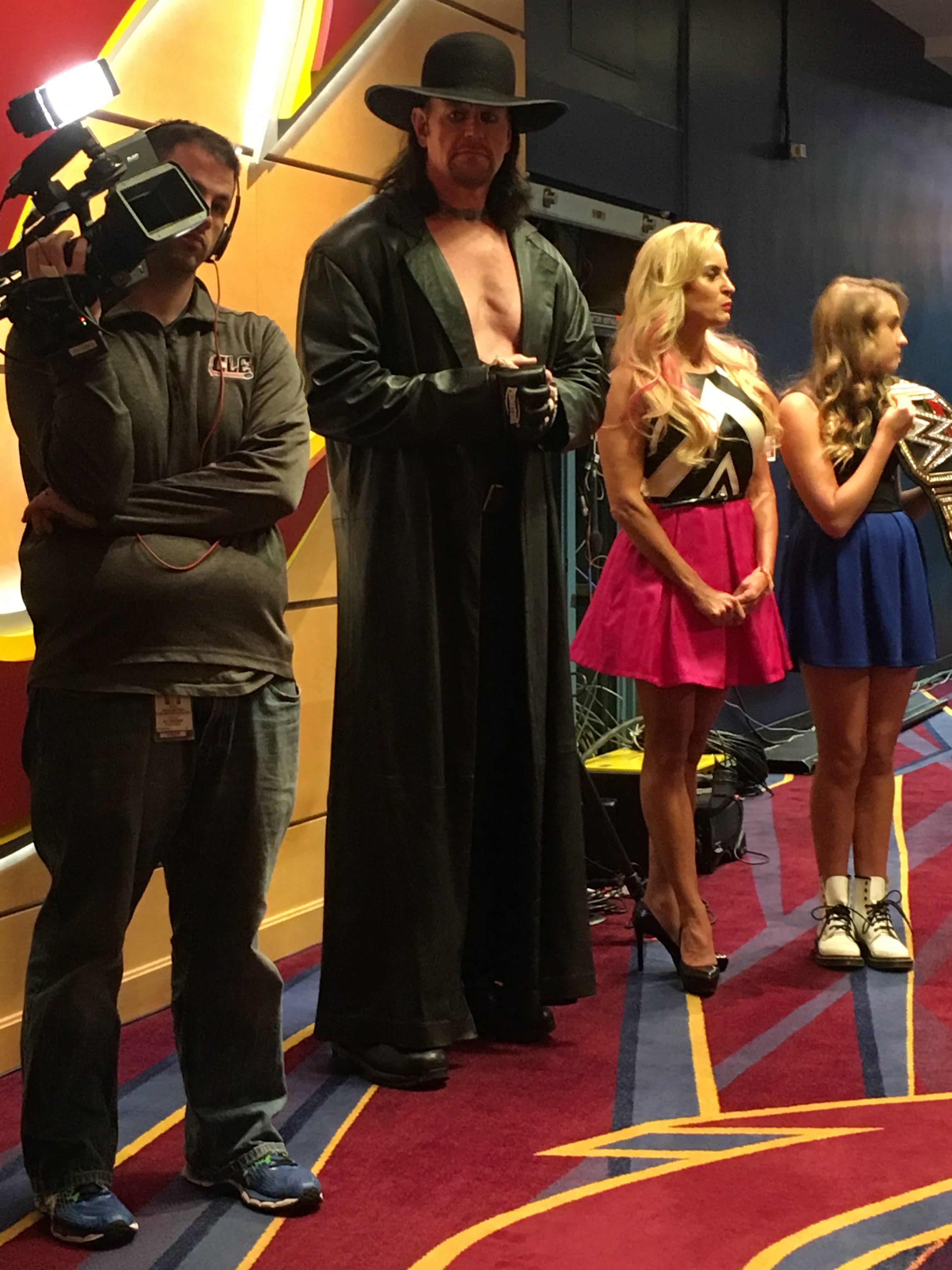