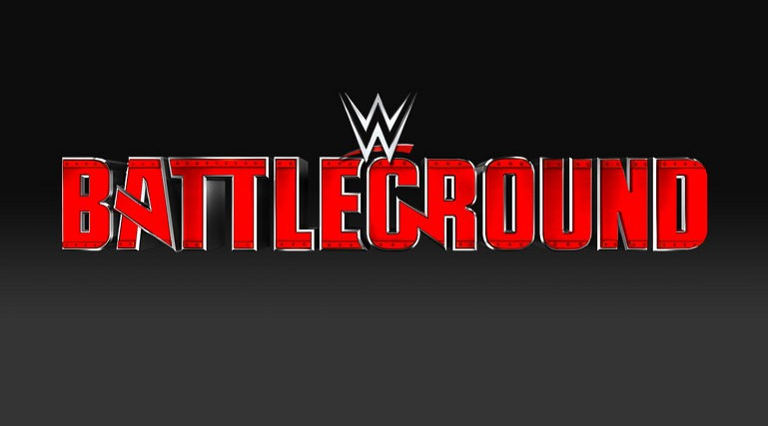 After a crazy weekend that was steeped in drama with Kyrie Irving wanting to take his ball and go home.  Franciso Mejia leaving the Rubber Ducks game early with an injured hip.  Cleveland sports fans can settle down, settle in, and watch some “Big Time Wrestling” in the form of WWE Battleground.

While this is largely a forgotten or looked past PPV as all eyes are on the biggest part of the summer, WWE SummerSlam.  This card should still be fun to watch.  Here are some quick predictions on tonight’s card.

Not sure why this feud continues unless English sneaks out a victory and forces a rubber match at the next Smackdown Live Pay Per View.  However, I could also see another clean victory for Dillinger helping him move on to the next level.

The guy who always loses against the new guy they are trying to build up with his smoking hot wife.

AJ Styles vs Kevin Owens for the United States Championship

Two of the very best on the brand, and the company.  I would have to imagine Owens gets his strap back here, and Styles moves on to the Shinsuke Nakamura epic showdown at SummerSlam.

Prediction – Owens wins the belt back.

Nakamura is the most popular performer on the Smackdown brand, and when holding the MITB you almost never win a match.  It is a formula the WWE has stuck to for many years.  This one almost seems too easy to predict.

Charlotte vs Becky Lynch vs Lana vs Tamina vs Natayla

The winner gets a shot at Naomi’s title at SummerSlam.  They continue to prove that Naomi despite being the champion, is largely forgotten about.  All that aside, they also continue to keep presenting the same match and bunch these women together.  Charlotte is set to rise and will.

John Cena vs Rusev in a Flag Match

The WWE appears to be prepping Cena to be their face of America champion very soon here.  With Mahal holding the strap, it makes a world of sense.

Why did the WWE creative brass ever take the straps off of New Day when they were on RAW?  The RAW tag division is now a mess, and looking back at it, it makes no sense.  This feud on Smackdown Live has been excellent however.  I still do not see The New Day taking the belts away  just yet, as they will win the match but by count-out out or DQ setting up the ultimate ladder match for the belts at SummerSlam.

Prediction – The New Day (by dq)

There is no way humanly possible this match can be worse then its predecessor.  Randy Orton can be very lazy in the ring, but, despite some awful promo’s, Mahal has been giving it his all in the ring bell to bell.  The WWE needs to keep the belt on Mahal for one more month, they will find a way to do it.