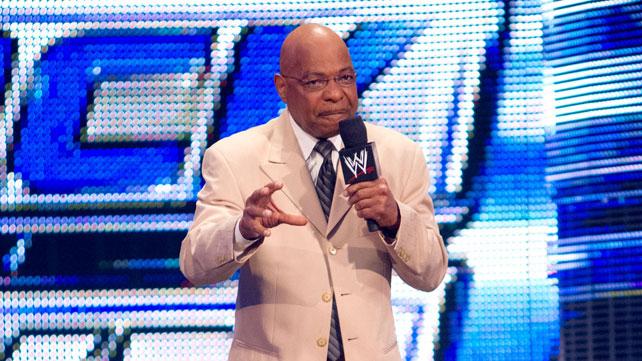 On Monday, Fox Sports reported that former WWE manager, referee, and authority figure Teddy Long, will be heading into the WWE Hall of Fame.

Teddy Long debuted as a referee in WWF and had that role with the company up until September 2002.

After his time as a referee Long became a heel manager for the likes of D’Lo Brown, Rodney Mack, Christopher Nowinski, Rosey, Mark Henry and Jazz, all at different times.  While managing Brown and Mack, Teddy Long told fans to “Get down wit’ da Brown” and to “Back da Mack.”

Long’s most recent appearance with the company was last year when WWE restored the Brand Extension and Teddy requested on RAW that he would like another run as the Smackdown general manager, but was turned away by RAW commissioner, Stephanie McMahon.

Long would make more appearances throughout the night, one that included him setting up a tag team match between Breezango and The Golden Truth before being escorted out of the building by security.

Congratulations to the newest member of the WWE Hall of Fame.