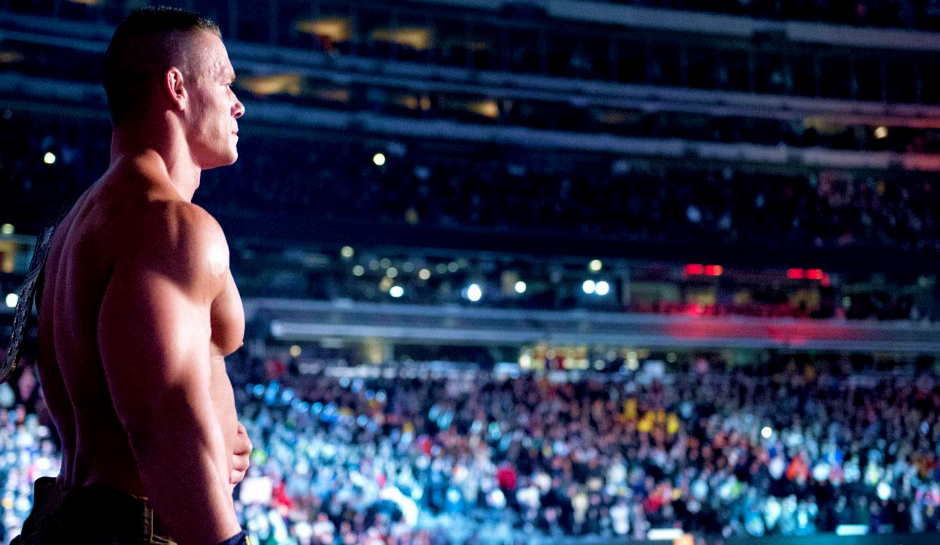 For years WrestleMania has not only been “The Showcase of the Immortals”, but also a show within a show. We’ve seen excellent musical acts as well as incredible spectacles involving all facets of the entertainment world.

This is never more prevalent then when some of the bigger names enter the ring for their epic showdowns. Who can forget The Undertaker coming to the ring with a Vulcher at WrestelMania IX? The Rock and Cena being played to the ring by musical acts Flo-Rida and MGK at WrestleMania 28 was a nice touch for an already gigantic match.  Rey Mysterio seemingly became a new super hero each year during his run at the top.

Perhaps the two most famous entrances both belong to Shawn Michaels. Ascending down from the heavens at WrestleMania 25 before his match with The Undertaker was brilliant and beautiful. No one can ever forget him zip lining to the ring for his classic Iron Man Match at WrestleMania XII. Surely, these combined with excellent in ring performances have helped him become Mr. WrestleMania.

While The Undertaker and Shawn Michaels have become legends of WrestleMania lore, John Cena has been excellent and reliable every year himself. Certainly, Cena’s legacy has been made in the ring, with World title victories at 4 different WrestleMania’s, (21,25,26 and 29) and a successful title defense at two others (22 & 23). He has also had multiple WrestleMania entrances that will forever stand the test of time. Here are the five that will forever stand out the most!