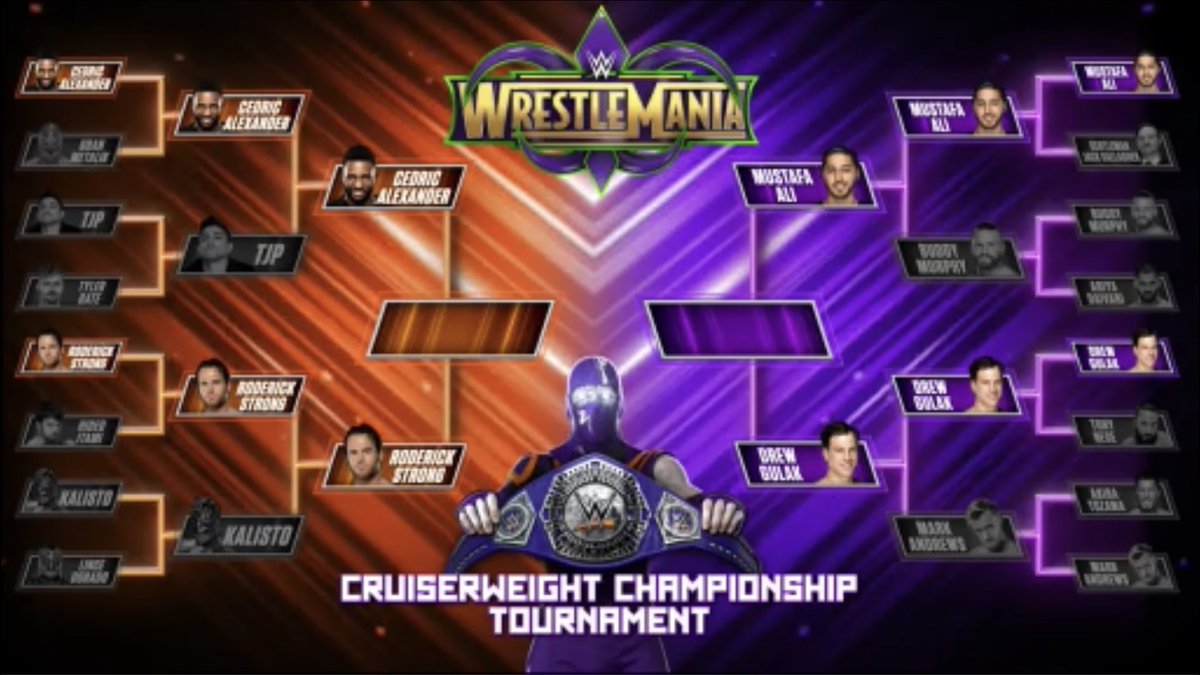 Summary – The WWE 205 Live Cruiserweight Division has been awful since it’s inception with the exception of 4 men who have made it watchable.  None of those four men, (Neville, Rich Swann, Enzo Amore and Austin Aries) are still around.

For various reasons, by hook or crook, it just hasn’t worked out.  The incredible athleticism shown by most of their competitors has been over shadowed by horrendous story telling.  Neville was excellent in his feud with Austin Aries and actually had the best match (by far) of WrestleMania 33.  It wasn’t even on the pre-show but relegated to the WWE App match.   A big reason both men quit the WWE soon after.

With that being said, the in-ring ability of Ali and Alexander cannot be denied.  Both men are solid in the ring and I’d go as far as to say Mustafa Ali, if used right, can be the next big name in the 205 division.  Ali is good between the ropes from bell to bell.

The problem is that a lot of fans aren’t invested in either man and see Rich Swann as a token black replacement from the originally planned Rich Swann.  Despite the weak build up, Ali should make this a great match.

Reason – Cedric Alexander has more then just excellent theme music, he also had an in ring skill set and look the WWE will use to try and save a sinking division.  Ali is exceptional from the top rope and will look to light it up with an air show attack, but it won’t be enough to get it done.  This match won’t sniff the actual PPV portion of the show, but it will deliver.