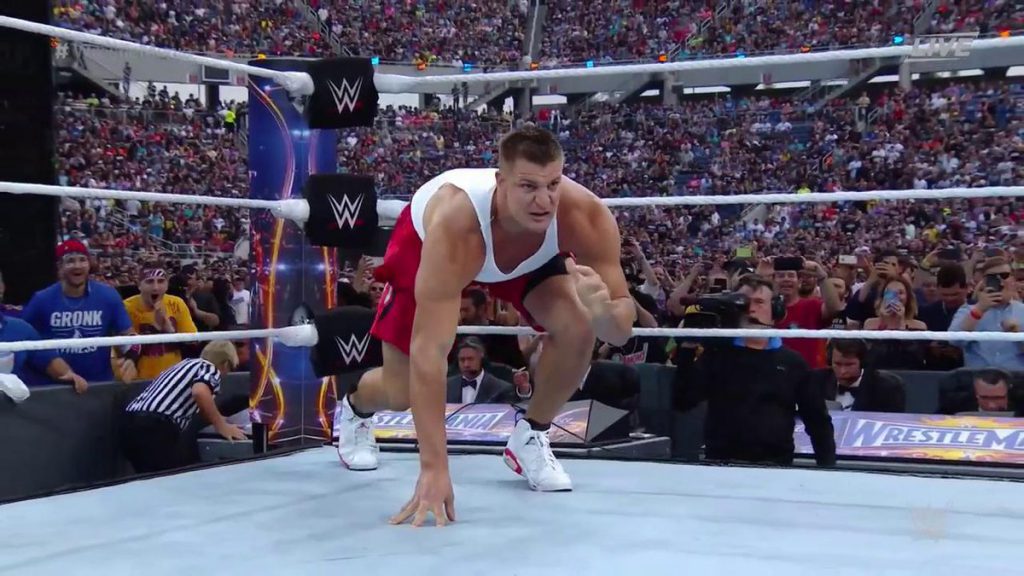 6. Gronk Comes Out of the Crowd to Help Out Mojo Rawley

The thought going into the ‘Andre the Giant Battle Royal’ was that either Braun Strowman or The Big Show were going to take home the win, but instead things got interesting getting down to the final four, with some outside interference that is getting national attention.

The attention came when Patriots TE Rob Gronkowski got into it with Jinder Mahal, and eventually came over the barricade and got into the ring, throwing a tackle at Mahal. The act eventually allowed his good real life friend, Mojo Rawley to get the win and take home the trophy.

It’s interesting based on the fact that Gronk was injured last season and didn’t play in the Super Bowl, that they would allow him to get into the ring, but that’s for the Pats to discuss and the WWE was happy to gain the national attention.