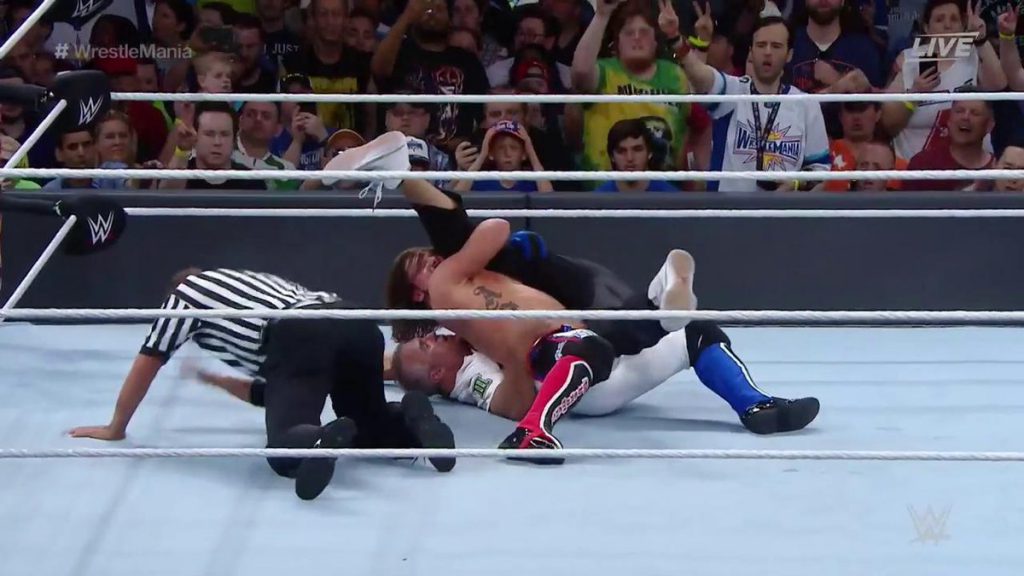 Most people probably forget about it by now, but back around 7pm Eastern, Shane McMahon and A.J. Styles kicked off the card, and both came through with an excellent match that was a lot better than most felt it would be.

Fans were up in arms when it was announced that Styles would be ‘saddled’ by McMahon, but give credit to Shane for being not only up to task, but also going above and beyond, and nearly getting the win a couple of times.

The ending with Shane trying a moonsault and missing was a great visual, and the booking was done right with A.J. getting a win that hopefully will lead him to bigger and better on SmackDown.

EXCLUSIVE: @ShaneMcMahon has nothing, but respect for @AJStylesOrg coming out of their #WrestleMania match. pic.twitter.com/jx2rfa2D1b