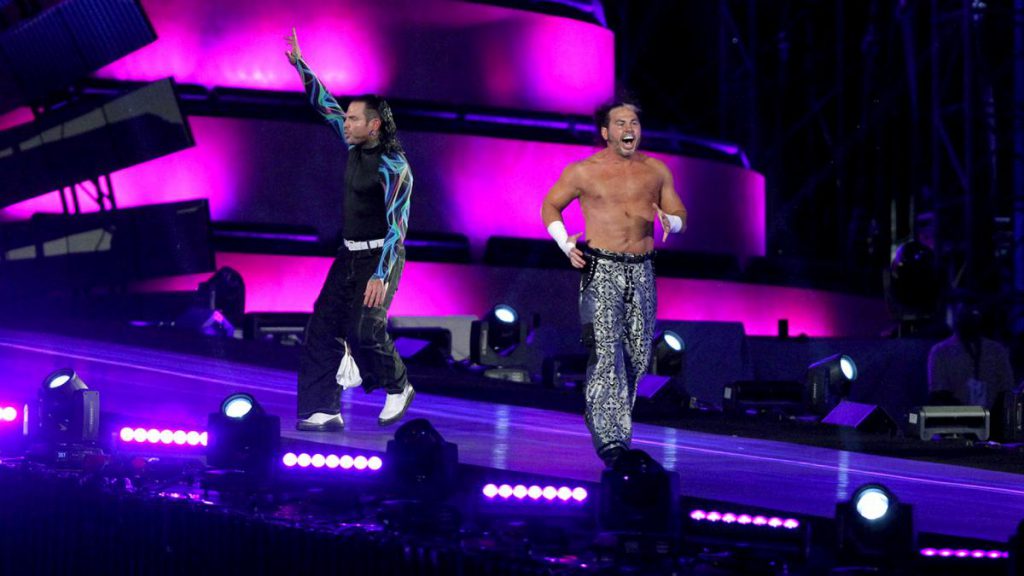 2. The Comeback of the Hardy’s

Maybe the worst kept secret in all of pro wrestling was the return to the WWE for Matt and Jeff Hardy, who not only came out to a wild ovation by the over 75,000 fans in attendance, but also eventually won the match they competed in to take home the WWE Tag Team Titles.

The Hardy’s left TNA Wrestling awhile back, and it just seemed like a matter of time before they made their WWE return. There’s plenty of chatter about Matt and Jeff going in a different direction with their characters, the ‘Broken’ characters they used in TNA.

After the bout they cut a quick video, and there’s no doubt their characters are different from the last time they wrestled in WWE.

It should be an interesting ride for the Hardy’s back where they started to find wrestling fame.