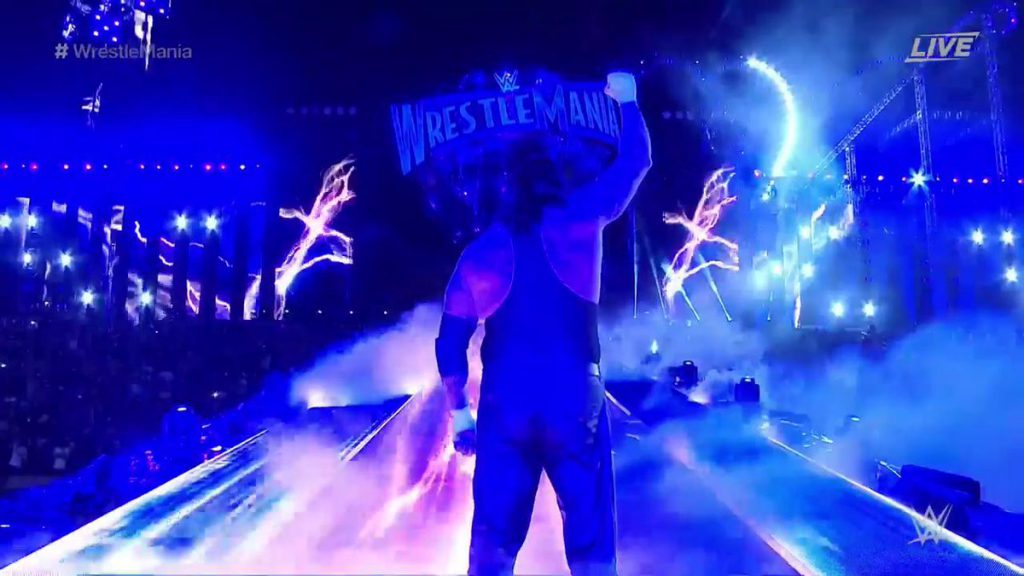 If you hung in till just about midnight eastern, you saw what appears to be the final match of the legendary Undertaker’s career, a clean pinfall loss to Roman Reigns in the main event of the card. Taker (Mark Calaway) just turned 52 years old back on March 24th, and after the loss he made some symbolic gestures by taking off his gloves, jacket and hat and leaving them in the middle of the ring as if to say he’s hanging up his wrestling attire for good.

He also seemed to break character by going to ringside and kissing his real life wife, Michelle (former WWE Diva Michelle McCool), and his young daughter was also at ringside. Taker then went up the ramp and was taken down by an opening in the ramp, again rather symbolic.

Now while it seems like it’s the perfect way for Taker to go out, but the power of money is always alluring, and let’s see if around January of 2018 if Taker starts to think about yet another return to the ring for WrestleMania 34 in New Orleans.

For now though, it really appears that the Undertaker, one of the most beloved characters in wrestling history, has wrestled for the final time.