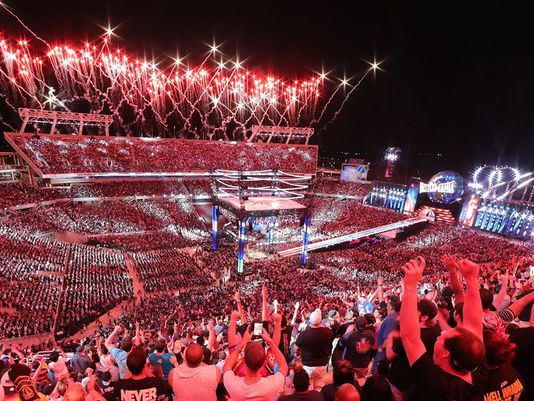 If you are a true die-hard WWE fan, you’ve probably been glued to your TV and the WWE Network all week, and Sunday you probably spent some seven hours from 5pm to about midnight watching this marathon show.

While there was a ton of ups and downs on the card, and as stated above it was a better show than last year, seven hours of wrestling is flat out exhausting for anyone involved.

It was a fun show, don’t get me wrong, but having 13 matches, skits, a midshow concert, and entrances that saw wrestlers go down 80 yards to the ring was simply too long.

Back in the day WrestleMania’s use to start at 4pm and be over by 7-7:30pm. Those were the good old days, but now with the show outside and not starting till 7pm, it just seems to go on forever.

I know it’s once a year, but the last two years have simply drained wrestling fans to the point of turning them off to the product.