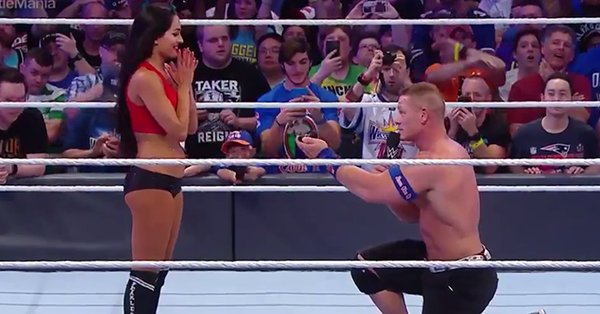 The match pitting John Cena and Niki Bella against Miz and Maryse was pretty much a flop, with Cena and his girlfriend getting the double pin to take home the victory in a match that will likely spell the two of them being off television for awhile.

The aftermath of the match is what was making national attention, as Cena officially ‘proposed’ to Bella, this after he stated time after time on TV show ‘Total Divas’ that he wasn’t going to get married again.

He gave Niki a ring, the two hugged and kissed, and it made for a real moment on a show that was seen by millions.