Who are the top threats at heavyweight in the UFC to Stipe’s title? 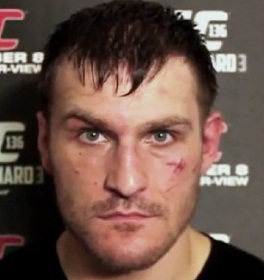 LAS VEGAS, Nevada – Over the course of the last 15 months the UFC Heavyweight Championship has had several title switches. Let’s break it down and take a look at who are the top threats in this very heated and ever changing division division.

Fabricio Werdum was the champion until 48 hours ago. He had zero successful title defense but was a heavy favorite to retain by getting stunned with a first round KO. Expect a rematch to be signed quickly.

Cain Velasquez is a two time former Heavyweight champion and still one of the most dominant men in the sport. If he can get through Travis Browne at UFC 200, there should be nothing from stopping him from getting another title shot.

Alistair Overeem, once labeled a bust in the UFC, this high priced free agent has turned everything around with a four fight win streak and suddenly looks dominant. He has knocked out Stefan
Struve, Junior Dos Santos and just last week Andrei Arlovski. He also has a convincing decision win over Roy Nelson during that stretch.

Junior Dos Santos is a former Heavyweight champion and also a crowd favorite. Fresh off of a convincing win over Ben Rothwell by decision on April 10, he is a big target to take the belt off of Stipe Miocic considering he has handed Miocic 1 of his 2 career losses. When JDS is healthy and in great shape, he remains one of the best pound for pound fighters in the world. He also has wins over former champions Cain Velasquez and Fabricio Werdum, but a costly recent loss to Alistair Overeem.

Stefan Struve is the man who holds the other win over the current champion. He has been sporadic of late with heart issues, but a recent win over Antonio Bigfoot Silva, proves that he is back and better than ever as he put the big man away in 16 seconds.

While those 5 above men, are the top contenders, the division remains loaded with heavy hitters who hold victories over most of those men listed and while these men may not get a title shot anytime soon, the below list can cause an upset along the way that shake things up.