Why The WCW Cruiserweight Division Worked & The WWE Version Doesn’t 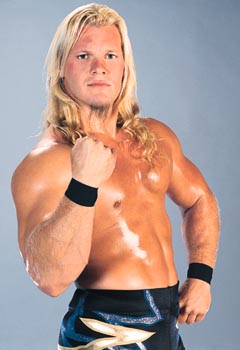 A lot has been made as to why the 205 Live Version of WWE is not working as well as they may have hoped.  This is one of the very few times that WWE creative can take advice from WCW.  Believe it or not, but WCW in the late 90’s is the reason for the cruiserweight division today being so remembered and respected.  A concept WWE has tried over the years but routinely fails at.

More than just the diehard fans of Pro Wrestling can remember the classic matches put on by the WCW cruiserweight division in the years of 96-99 during their heyday and boom period.  Who doesn’t remember men like Chris Jericho, Dean Malenko, Chris Benoit, Rey Mysterio, Eddie Guerrero, Juventud Guerrera, Alex Wright, Ultimo Dragon, Billy Kidman and many others putting on 5 star matches every night?

These men revolutionized the sport on a nightly basis and several of them went on to long runs later in WWE as World Champions in the “Heavyweight” division.  While Paul Heyman may take the credit, and rightfully so, for discovering these men, WCW put them on the map and it was Eric Bischoff who had the recipe to make them stars.

So, what did WCW do that worked so well? Two things really, and both very simple.

1 – They started each pay per view and Nitro off with a match in the cruiserweight division.  This is a tried and true method that works if promoters are willing to commit to it.  You need to put the match you anticipate will be the most fast paced on first that will get the crowd engaged and everyone’s adrenaline pumping for the rest of the card.

WWE fails at this concept as they choose to start their shows off with long winded promo’s that advance other story lines, or push Roman Reigns.  Instead, they wait until later in the show when the fans need a break and use that slot for their Cruiserweight (205) match.  By then, fans have already had 90-120 minutes of content in them, and have lost full focus.  WWE believes by turning the ropes purple that will help matters, I assure you, it doesn’t.

WCW did this perfectly every single pay per view for months on end.  No one can forget the absolutely gem put on by Eddie Guerrero and Rey Mysterio to kick off Halloween Havoc 1997.  While the rest of the card may have been a dud trying to compete with this match, it was worth kicking the show off.

At the start of a show, most wrestling fans are zeroed in and paying full attention to the screen.  They haven’t lost attention yet and will be more likely to remain zoned in if this match is great.  WCW failed so many times with awful pay per views, main events and just hyperbole that led to nothing. But, this is the one part of each show fans new they could count on being great!

This was never more clear then at Starrcade 1997.  It was billed as the biggest Night in WCW History, only to become a giant failure.  It was the night that Sting was supposed to take down the evil NWO after an 18th month build.  The night ended in disaster, but began masterfully with a Dean Malenko versus Eddie Guerrero barn burner that got the entire crowd jumping and screaming.  The two men put on a classic while the announcers barely mentioned it and focused on the rest of the card ahead of it.

2- The second reason WCW had such a successful run with the cruiserweight division was allowing storylines to stay simple, and let the wrestlers “do their own thing”.  While WWE tries to shove storylines and corny catchphrases down people’s throats like the awful video game entrance music of TJ Perkins, or the sleaze ball concept with Brain Kendrick.  WCW let their cruiserweights develop their own shtick and it worked!

Dean Malenko was the ice man, because of his cold demeanor and ability to wrestle no nonsense.  This also led to him being called “The Man of 1,000 moves”.  Lionheart Chris Jericho went from being a bright eyed bushy tailed youngster that panned to the crowd, to a loud mouth who fans loved to hate.

Jericho is the perfect example of character evolvement without much pushing.  He did crazy and entertaining things such as beat up David Pinzer the ring announcer.  He was most famously remembered for butchering the names of others.  Such as Dino Machino, or Stinko Malenko.  His act just worked and the fans loved him for it.  A simple play on words by calling Nitro “Monday Night Jericho”.  Eric Bishcoff gave him the microphone just long enough for him to become a star!

It wasn’t until Vince Russo arrived and did strange things that the WCW cruiserweight division started to crumble beneath them.  Things like letting a woman become champ and trying to have cruiserweight Tag Titles etc.  By that point the wheels were already off the cart anyway.

In conclusion, and the WWE network can help you with this.  If you want to watch true cruiserweight action, tune into the WWE Network for only $9.99 a month and check out the WCW Pay Per Views from the Summer of 96- the Winter of 98.  Don’t bother watching the rest of the card, with the exception of Halloween Havoc 1998, they were routinely awful.  Just make sure to watch that first match each time.  Perhaps the solution for the WWE isn’t purple ropes, but rather on their own network!