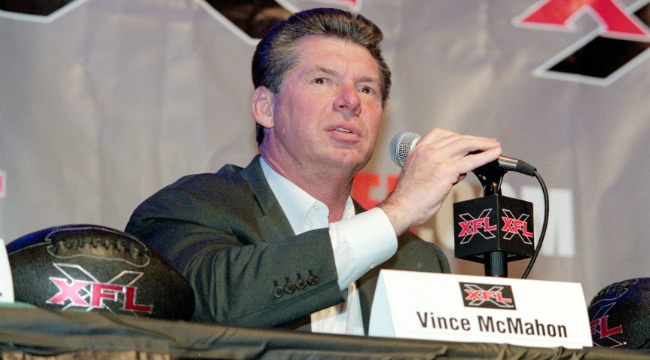 Vince McMahon sold $100 million worth of WWE stock today to fund Alpha Entertainment, which he created, in part, to fund a pro football venture.

Alpha Entertainment filed for 5 trademarks last week to the "XFL."

One thing is clear, the NFL is having one of their worst seasons in years.  Player injuries, players kneeling for the National Anthem and now even major sponsors like Papa Johns possibly pulling out.

If Vince McMahon ever wanted another go at it, now may be the time.  It also doesn’t hurt matters that the President of the United States, who has also had his battles with the NFL this season, is also squarely in the corner of McMahon.

Much like Ivan Drago and Appollo Creed, what started out as a joke, may have just become a dark reality,  XFL part two here we come!

Vikings Shoot 50-Percent, but Fall to 20th-Ranked Cincinnati, 81-62
After scrimmaging and warmups, Isaiah Thomas says he “feels like a basketball player again”