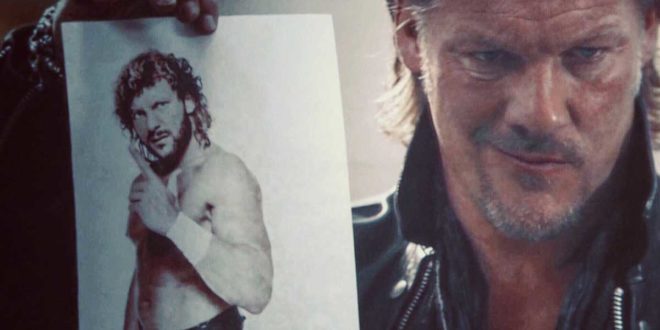 On Saturday night in the United States (Sunday in Japan), Kenny Omega competed in a singles match for the IWGP United States Heavyweight Championship match putting his title on the line against former WWE Superstar Trent Baretta (now known as Beretta).

Omega defeated Beretta and usually following any match where he defends the IWGP United States Heavyweight Championship Omega’s next opponent introduces themselves by coming out post-match for the following show. Nobody answered his challenged in the beginning and then made it open to anybody.

Recently on Twitter, Chris Jericho and Omega have been going back and forth with each other.

The following is some of the tweets in their exchanges:

Hate to be fired and forced to go to the “majors”.You guys come off about as cool as Gedo’s haircut & red pajamas.Stay out of our business.

Can’t chat,got a title match today (which you can all check out at #njpwworld ?) BUT, I plan to revisit this topic tomorrow at 12 noon EST.

The video below is what has the wrestling community buzzing (NSFW Content) :

As seen above, Chris Jericho challenged Omega to a match at Wrestle Kingdom 12 on January 4th,2018. This will be Jericho’s first match outside of the WWE since 1999.

This match already has the tagline of “Alpha vs. Omega”.

This can be a test for Omega since he is an independent wrestling star and Jericho has competed for WWE for the majority of his career. If Omega passes the test with competing with Jericho at Wrestle Kingdom, you could expect to see Omega in a WWE ring shortly after.