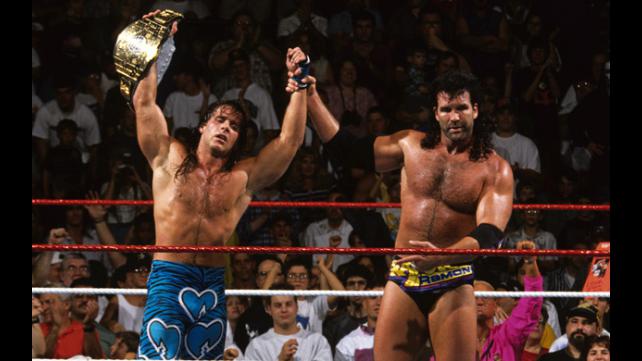 The DX vs Nation of Domination feud was a launching pad for so many in both factions.  The Rock and HHH were by far the two who benefited the most however.  This match had a lot to live up to after the HBK vs Ramon classic a few years earlier, and it far surpassed it!

HHH takes home the title in a five-star classic!  It would be less than 90 days later however that The Rock was World Champion!

This was during the whole ECW / WCW invasion angle.  It was a solid match between two guys with a rich history who had broken into the industry together.  Edge was fresh into his singles career and at the beginning of a big run.

This match foreshadowed the Team E&C split perfectly as Christian almost cost Edge the match.  Edge was able to get through it and win despite the Christian foul-up.

A Raw Superstar and Smackdown Superstar battle for the IC title for the time in history as the first ever brand extension split was still pretty new.  Both men were in their prime and gave it all they had in the second longest match of the night.  In the end, it was RVD pulling off the upset after 16:30 grueling minutes. 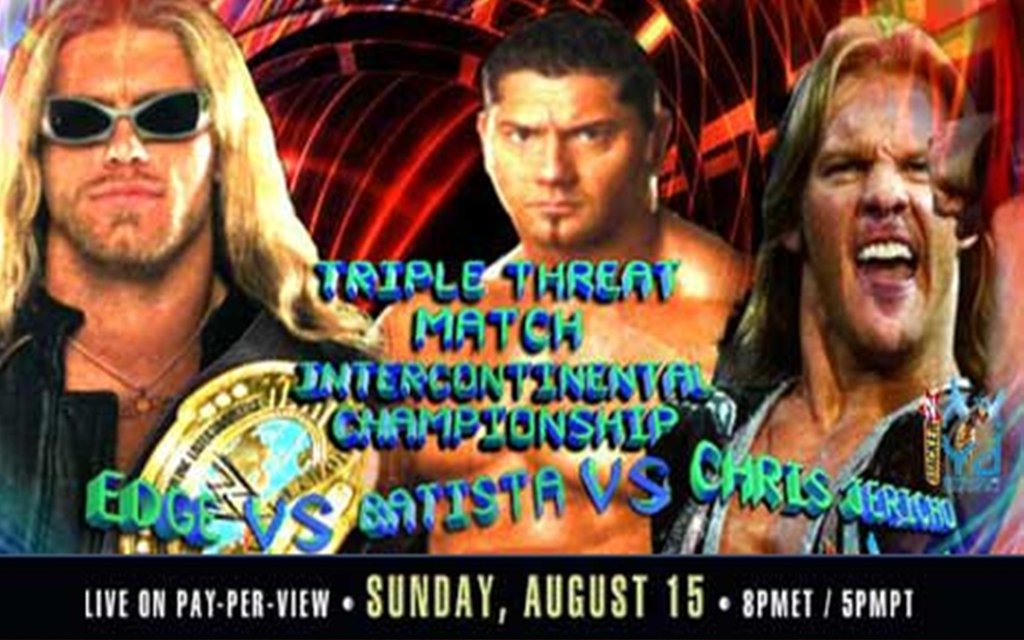 Hard to believe that the two Canadians were booed so heavily in this match while the “heel” Batista was cheered.  This was the night of Bizaro world in Toronto where they made some odd rooting decision to say the least.

This match wasn’t a technical masterpiece by any stretch, but with those three huge names involved, it is hard not to want to go back and watch it!  In the end it was Edge retaining the gold.

Seems like a pretty odd, random throw in match, but these 3 guys brought it.   It was short, only lasting 7 minutes but action packed!  Umaga came across as a beast, even more so then normal!  This was the beginning of the end for both Carlito and Mr. Kennedy.

This is one of those matches that often gets overlooked.  It was a five-star classic as both men tore down the house, and stole the show!  In a way, it reminded many of the old cruiserweight matches Mysterio had in WCW.  While Rey Rey kept the strap, Ziggler turned heads!