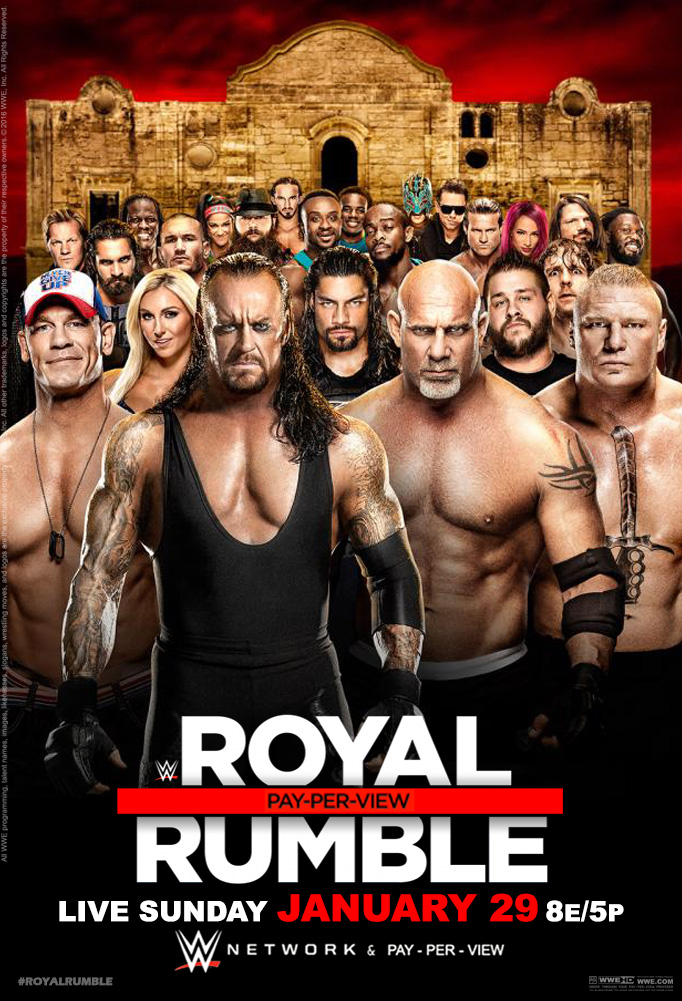 Last year’s Rumble match had surprises such as AJ Styles making his WWE Debut and Triple H returning to win the WWE Championship and the Rumble. Here are my predictions as to who might be making a return or debut in the 2017 Royal Rumble match.

Batista has no been seen in WWE since 2014. In June of 2014 Batista quit WWE because Triple H denied him of a shot at the WWE Championship. In April of 2015,  Batista said that he wouldn’t mind returning to the WWE but wants it to be only at untelevised events. WWE did offer him a role at WrestleMania 32 but turned it down because he wanted a role with more meaning behind it.

I think that Batista might forgive his previous statement of only wanting to be on untelevised events and if offered a spot to return at the Rumble , he will take it. Some fans might be enjoy a return of Batista and others not to much, fans will move on if Batista does not return.

WWE just announced yesterday their first inductee into the WWE Hall of Fame, Kurt Angle. Angle has been away from the WWE since 2006 and spent the majority of his time away in TNA (where he is in the Hall of Fame , Class of 2013) . I had an idea that Angle was going to make a return to WWE sometime this year before this announcement but now I believe that it is almost guaranteed.

Expect Angle to come back as an entrant in the Rumble and enjoy one final Road to WrestleMania as a wrestler . The possibility of Angle being inducted into the WWE Hall of Fame and wrestling the following night at WrestleMania 33 is very likely , if he returns at the Rumble. Angle would also be a perfect fit as a manager for American Alpha if he elects not to come back into the ring.