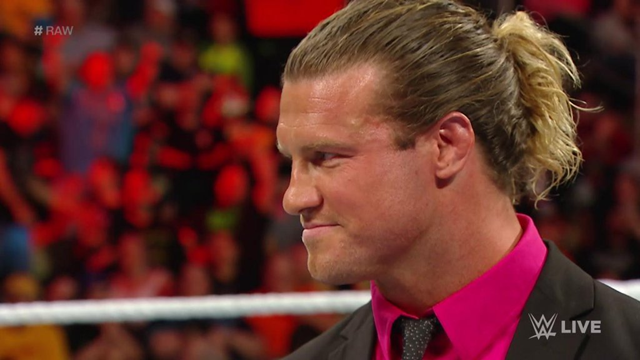 After WWE Monday Night Raw pretty much phoned it in last night, WWE Smackdown Live more than made up for it tonight with a strong effort.  One answer was solved quickly with the immensely talented Corey Graves replacing JBL at the announce table.  A giant upgrade for Smackdown!

It had drama, comedy, action, even romance for a moment there with the stunning breakup of James Ellsworth and Carmella.  Drama, action, comedy and romance, oh yes, and a little wrestling too!

We have three things that stood out above the rest.  You can check them out here.

Kevin Owens had finally had enough of getting screwed over the last several weeks on Smackdown Live and let loose with an epic verbal assault on Shane McMahon.  KO even went as far as to say that Shane’s wife and kids would have been better off if McMahon died in that helicopter accident he was involved in earlier this summer.

The lines used by Owens may have been a bit over the top, but they were powerful and got the job done.  Shane was incensed by the verbal abuse and let loose a physical pounding of his own all over Owens.  The epic beatdown was so brutal that security and Daniel Bryan had to pull Shane off of Owens.

The final result was Daniel Bryan receiving a call from WWE brass which brought down two edicts.  The first that Shane is suspended for the foreseeable future, and the second is that Vince McMahon will be on Smackdown Live next week from Sin City, to address the issue first hand with Owens.

While I cringe at the thought of another Shane McMahon storyline, I can’t help but be excited at the prospect of Owens continuing to be pushed as hard as he should be.  In many ways Owens reminds me off Bray Wyatt.  He can do it on the microphone, pulling out fans emotions.  He can do it in the ring carrying a great match.  Unlike Wyatt, the WWE seems to have faith in him and actually lets him win some major titles along the line.

What is next for KO?  We are just getting started.

Dolph Ziggler has had enough!

In a CM Punk style shoot promo, Dolph Ziggler has had enough of his pure wrestling abilities taken for granite and overlooked.  Ziggler is one of the best bell to bell wrestlers on the roster but overlooked because of his size and lack of “flair”.

Tonight, Ziggler came out dressed up like John Cena, then Macho Man Randy Savage before finally coming out in neon like Naomi.  It was to prove his point and it worked as he then cut a scathing promo against the WWE Universe.

Listen, let’s face the facts here, the guy is right!  He is one of the best bell to bell wrestlers on the planet and just like Daniel Bryan did for awhile there, gets little to no respect from anyone.  The fans used to love him, now appear to be lukewarm.

Hopefully this is the start of something, and not just the exploitation of a very frustrated employee on the verge of calling it quits.  Bottom line, Ziggler deserves better.

Quick question before we get to the final takeaway.  Who did Tye Dillinger piss off to be taken out of any story line and forced to job to Baron Corbin and Aiden English over the last several weeks?

Smart!  And this time, let him win the strap and run with it!  Only issue I have with any of this, is why was his entrance and victory celebrations were both cut away from so many times?  The fans love both of those facets of his game, why downplay them?