Report: Ronda Rousey Says She Will Not Appear In Royal Rumble Sunday, Hasn’t Signed Contract Yet 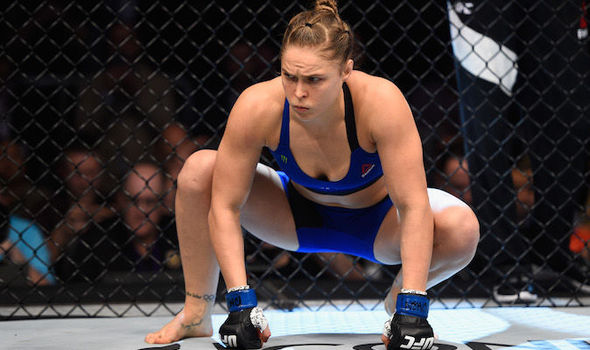 If you were counting on making Ronda Rousey your prediction to win the first-ever Women’s Royal Rumble, you might want to hold off on that.

After multiple reports stated that the former UFC Women’s Bantamweight Champion would be making her way to the squared circle at the WWE’s Royal Rumble pay-per-view this Sunday, it appears that is not the case. Rousey spoke with TMZ Sports on Thursday and stated that she would not be making her wrestling debut on Sunday due to the fact that she will be in Colombia. Rousey is filming for the move “Mile 22” and will not be back in the United States until mid-February. The other factor stopping Rousey from making her WWE debut is the lack of a contract, she states in the video below.

Check out the full exchange below:

Now, of course, WWE is pretty good at hiding their top surprises and can oftentimes mislead or deter the audience away from finding out information. Maybe Rousey is in on the plan and is just playing the game as well.