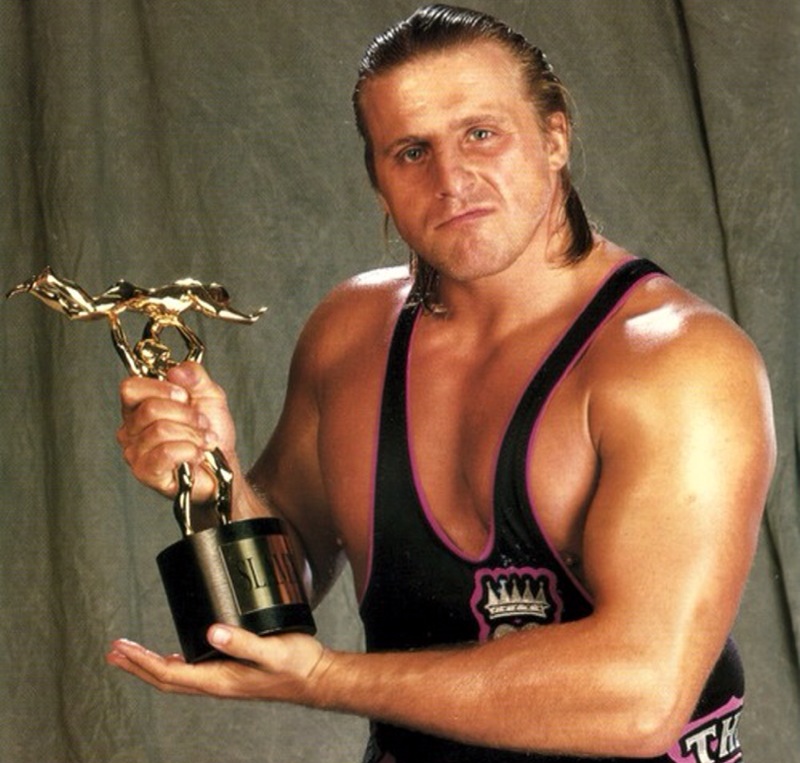 Tomorrow (May 23rd) represents the 19-year anniversary of the most tragic moment in Pro Wrestling History as it is the 18-year anniversary of Owen Harts death.  It is hard for this journalist, and most die- hard wrestling fans not to get a little choked up when looking back.

Hart was one of the most popular heels in history.  An oxymoron I know, but simply because fans LOVED booing him.  He was a jokester in the locker room and someone all the boys loved.  There isn’t anyone that wrestled with and against Owen who can say a bad word about him.

Hart was part of the most famous family in Pro Wrestling History.  The Hart family is known worldwide and is considered Royalty amongst most wrestling fans.  Sadly, his life would end short on May 23, 1999 as part of the Over The Edge Pay Per View.  His rigging broke as he was supposed to descend from the catwalk over 90 feet above.  He would crash to his death in front of a packed house at The Kemper Arena in Kansas City.  Paramedics would try working on him, but it was clear the fall would be fatal.

As sad as the ending of his life and career was, a father of two and loyal husband, it doesn’t take away from what was an incredible career.  Owen Hart will forever be one of the most beloved figures in Pro Wrestling History.  Let us take a brief look back at some of his best moment’s, shall we? 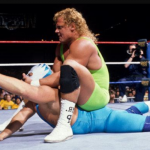 Wrestling under a mask as the Blue Blazer, Hart took on Mr. Perfect Curt Henning in one of the best matches on the card.  For Hart, it would be his only singles match on a WWF pay per view for several years as he left the Federation shortly thereafter.  No one can deny the match was great, despite the short length it was given. 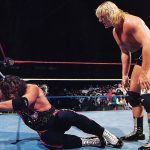 After returning to the WWF in late 1991, Hart once again was not doing much with his career due to lack of push when his brother Bret The Hitman Hart went to Vince McMahon with a great idea.  It was to turn Hart heel, and the rest is history.

At Survivor Series 1993, Owen dominated the 4 on 4 match against Shawn Michaels and The Knights, until Bret accidentally caused his little brother to be eliminated.

Later in the evening, Owen would re-appear only to scream at Bret and become very upset.  The rest of his heel turn would be complete two months later at The Royal Rumble when he turned on Bret and delivered a post-match beatdown after they were defeated by the Quebecer’s. 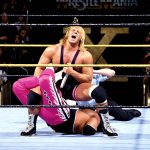 This was easily the biggest and well known achievement of his enter career.  He and brother Bret tore down the house to start the WrestleMania card from Madison Square Garden.  To the surprise of many, Owen would obtain a CLEAN pin fall!  While Bret Hart would go on to win the WWF Championship later that night in the main event versus Yokzuna, it was Owen’s victory to open the show that everyone remembers. 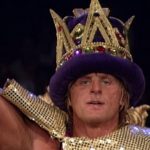 Fresh off his WrestleMania victory, Owen Hart kept the ball rolling by winning the King of the Ring!  He rolled through Tatanka, 1-2-3 Kid and Razor Ramon to capture the crown.  He even recruited the help of his evil brother in law Jim The Anvil Neidhart to pull off the dastardly feat!  Coincidentally, for those of you who loved great matches no one ever really talks about, check out his semifinal match against the 1-2-3 Kid.  It was easily the match of the night, and constant action packed into a short window. 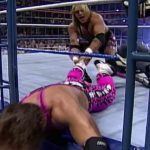 Owen proved he could main event a major Pay Per View and do it well!  He and Brother Brett battled over the WWF title in a steel cage for nearly 30 minutes.  It even surpassed their preceding WrestleMania X match in drama and action.  While coming up short, it still was a worthwhile night for Owen and proved he was a big-name player when called upon. 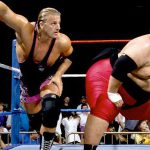 One year after defeating his older brother at the showcase of the immortals, Owen made massive headlines once again.  And I do mean massive, in regards to the colossal Yokozuna as his surprise Tag Team Partner.  They would team up and defeat The Smoking Gunns to capture the WWF Tag Titles.  It was his first taste of gold in the WWF and came with the man who had once defeated his arch rival Bret for the WWF championship (WrestleMania IX) Owen would go on to have multiple reigns with the Tag Championship, including runs with partners British Bulldog and Jeff Jarrett. 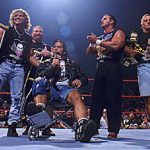 Re-forming the Hart Foundation along with brother Bret, The British Bulldog, Jim The Anvil Neidhart and Brian Pillman.

After years of bickering and in fighting, the Harts finally gave the fans what they wanted and reformed the Hart Foundation.  It was exactly what the WWF needed to get Bret over as a heel.  Owen thrived in this role as he captured the IC belt from the young upstart Rocky Mavia and held it through the summer until losing it to Stone Cold Steve Austin.

His most memorable moment of that stretch was capturing the deciding pinfall in the 10 Man Tag Match at Calgary Stampede in front of his home town crowd in one of the loudest ovations in WWF history.

Perhaps that was his proudest moment, and easily one of the happiest of his career.  That is where I will choose to end this list and remember Owen.  Not for the tragic ending, but for the happy moments his created and the legacy he left behind!

VIDEO: Kevin Love’s Game 4 touchdown pass to LeBron James
PREVIEW: Indians head to the Windy City for a two-game set against the Cubs