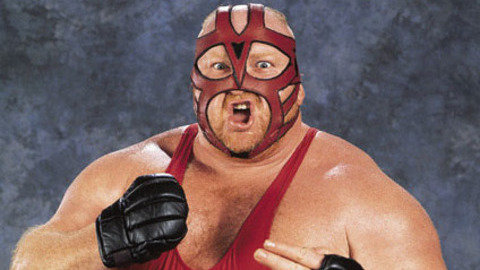 The world of pro wrestling was dealt some sad news this morning with the passing of Leon White, better known as “Big Van Vader”.

White was a former member of the Los Angeles Rams, after being drafted by the team with their 3rd round pick in 1984. His NFL career was short lived however and he ended up having a great career in pro wrestling that started with Verne Gagne’s AWA in 1985 soon after.

White would go on to have great success as “Big Van Vader” in Japan and then his most prominent run came in WCW. From 1990-1994, Vader was the most dominant man in WCW with several World Title and United States Title runs to his credit. He will forever go down as Stings greatest and toughest opponent. Vader was untouchable until early 1995 when Hulk Hogan began beating him cleanly in every kind of match WCW could think to have. The frustration finally got to be too much for Vader, and after a backstage brawl with Paul Orndorf in the summer of 1995, he was released from the company.

His WWF run would end up being an epic fail after a strong start that saw him challenge Shawn Michaels for the WWF title at SummerSlam 1996 from Cleveland’s “Gund Arena”at the time. He never did much else following this early run, and was gone all together from the company by the end of 1998.

News of White’s rapid health decline in the recent years didn’t surprise many, and he attempted to work with DDP to get back in shape, but all attempts failed. Vader will go down as one of the biggest “what if’s” in WWE history, but is still very deserving for a Pro Wrestling Hall of Fame spot based on his time with WCW.

Vader was 63 years old at the time of his passing.