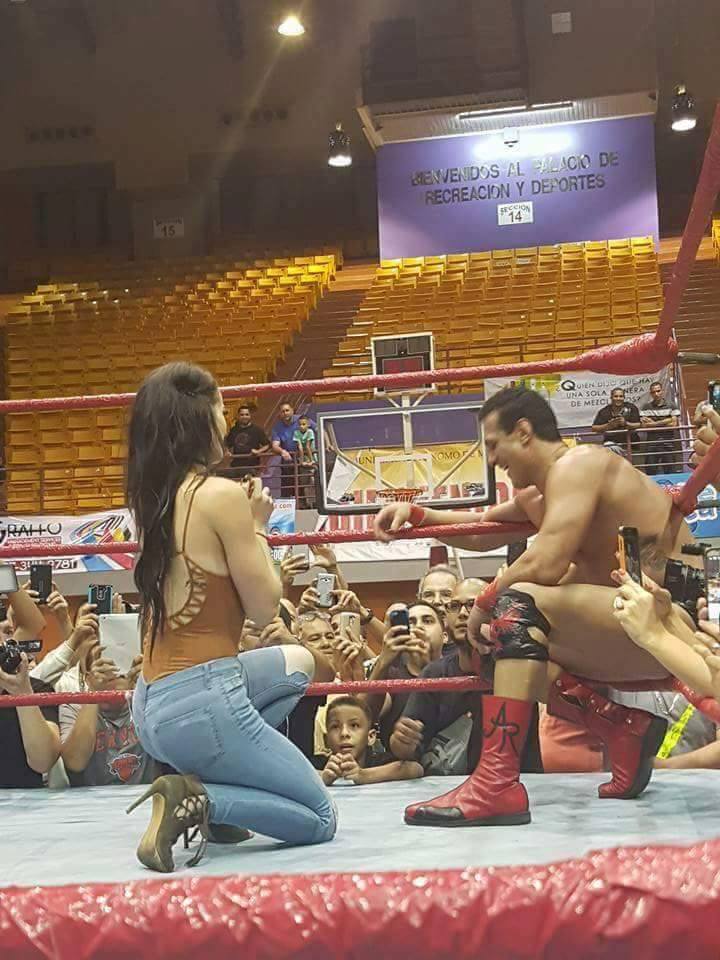 Well, what an interesting way for Paige to serve her suspension.

A week after Saraya-Jade Bevis, known by her ring name Paige, got suspended for 60 days by the WWE for violating the wellness policy, she finds herself in the news once again. This time, for a good reason.

Sunday night, the promotion WWC had a show in Puerto Rico and Paige got into the ring to ask Alberto Del Rio to marry her. The two have been dating since earlier this year, but this still came as a surprise to most. All signs on social media suggest that Del Rio said yes, so it looks like the two are getting married. Below is a video from the WWC event tonight.

What does this mean for Paige and her WWE career? Will she stay in the WWE or leave the company and head to different promotions with Alberto Del Rio? The answers to those questions should be answered soon enough.

IMPACT Wrestling has Incredible Plans for End of the Year show
Goldberg Returns, Prepares To Face Brock Lesnar In Rematch Of WrestleMania XX