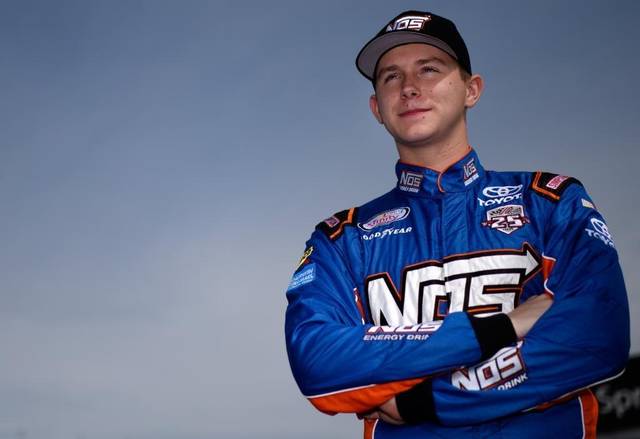 At just 20-years-old, Matt Tifft has experienced a lot. Starting his racing career in 2007 in a go-kart at Barberton Speedway, the Hinckley, Ohio native has seen success at all levels. Working his way from go-karts to super late models to ARCA, Tifft would go on to make his first start in the NASCAR Camping World Truck Series in 2014. A year later Tift made 12 starts in the NCWTS for Kyle Busch Motorsports, ran multiple ARCA events and made his debut in the NASCAR XFinity Series for Joe Gibbs Racing.

In 2016 Tifft made more starts in the NXS and NCWTS. But it was a successful surgery and recovery that brought the attention. In June Tifft was diagnosed with a low-grade brain tumor. Tifft underwent brain surgery on July 1st. The low-grade, benign brain tumor was removed and Tifft began recovery.

This season Tifft will be piloting the number 19 Toyota Camry for Joe Gibbs Racing fulltime in the NASCAR Xfinity Series. You can see Tifft in action Saturday. NXS qualifying is scheduled for Saturday morning at 10:30 a.m. the NXS opener is later that afternoon at Daytona International Speedway at 3:30 p.m.