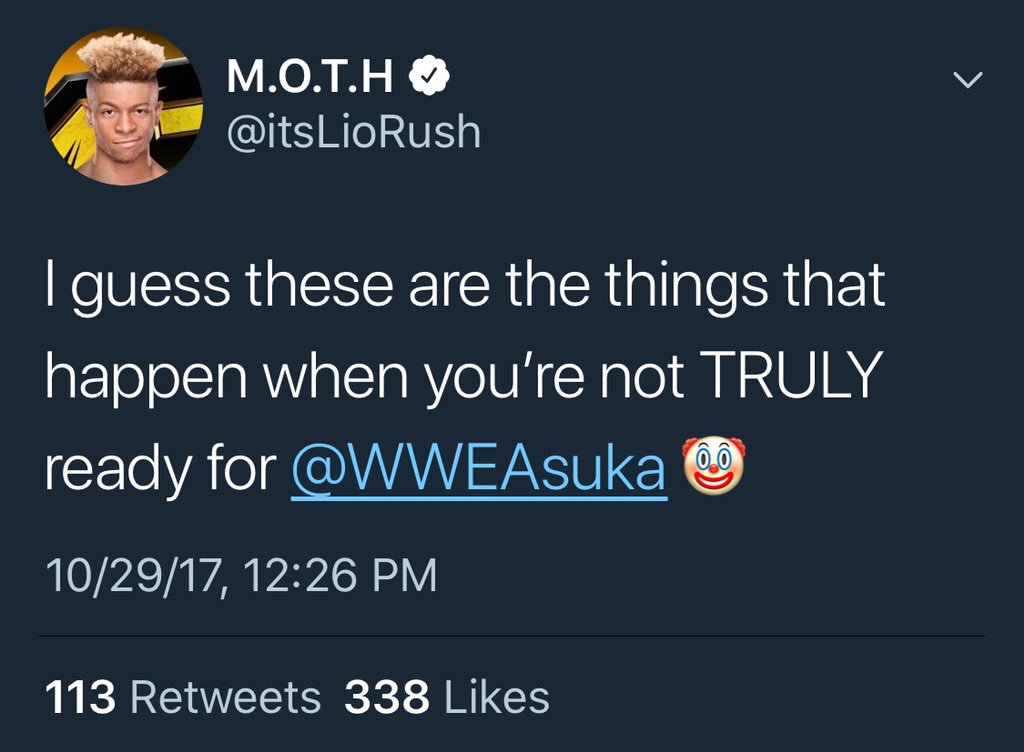 NXT Superstar Lio Rush, reacted to the news of Emma’s release in a joking way on Twitter and immediately regretted it. The Tweet has been deleted but with how powerful social media is, there is a screenshot of this tweet.

Lio Rush’s tweet got plenty of people’s attention from the wrestling world. 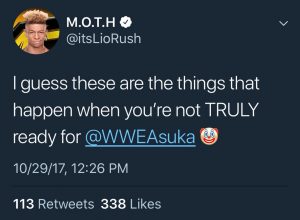 @itsLioRush SHOW SOME RESPECT!! Have some class. You work for the same company. I’m so disgusted.

A few hours following the tweet and undergoing a lot of criticism from peers, Rush tweeted an apology to Emma.

Lio Rush can expect some sort of punishment following his tweet. Hopefully Rush can take it as a learning experience.