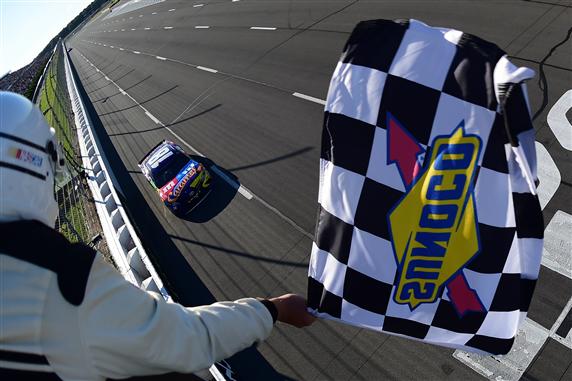 This article is by Brian Deitz and exclusive to NEO Sports Insiders.

New participation guidelines were handed down by NASCAR on Tuesday for the 2018 season. NASCAR saying in a release that starting next season, “drivers with more than five years of full-time experience in the Monster Energy NASCAR Cup Series will be limited to a maximum of seven races in the NASCAR XFINITY Series and five races in the NASCAR Camping World Truck Series.”’

2015 Cup Series champion Kyle Busch among the drivers to speak out about the changes. In an interview on SiriusXM radio Tuesday night, Busch threatened to shut down his truck series team if NASCAR were to ban cup drivers from running.

NASCAR had decided to make a change to its overtime rule by standardizing the Overtime Line as the start/finish line. The decision was announced this week and will be implemented this weekend at Watkins Glen International. Throughout the season the overtime line had been on the backstretch near turn 3. The location along with the timing of the yellow flag had created some controversy, most recently in the Brickyard 400 at Indianapolis Motor Speedway. The new procedure will still resemble the former green-white-checkered finish though there is no longer a maximum number on the amount of attempts.

With a number of drivers having secured rides for 2018, there are still a few unknowns. This week NBC Sports reported Stewart-Haas Racing had declined the 2018 option on driver Kurt Busch. The team then took to Twitter, saying they expected the winner of this year’s Daytona 500 to be back with the team next season.

As for other changes in 2018. Alex Bowman will pilot the No. 88 for Hendrick Motorsports. Bowman will take over for the retiring Dale Earnhardt Jr. Erik Jones will leave Furniture Row Racing to take over the No. 20 at Joe Gibbs Racing. Jones will replace Matt Kenseth. Ryan Blaney will move from the Wood Brothers No. 21 and join Team Penske in 2018, driving the No. 12 machine. The open seat with the Wood Brothers will be filled by Paul Menard who will make the jump from Richard Childress Racing.

There still are some chips that have yet to fall. Despite having a year left on his contract, the future of Kasey Kahne at Hendrick Motorsports remains unknown. Matt Kenseth could be an option in the No. 5 should Kahne be let go. William Byron is under contract with Hendrick Motorsports and could also be an option. The 19-year old is a rookie in the XFINITY Series, sitting second in the points with 3 wins.

Aric Almirola will see his contract end following the conclusion of the 2017 season. Bubba Wallace was solid filling in for Almirola in the Petty No. 43 while Almirola was injured and could be an option. The future of Danica Patrick in the No.10 at Stewart-Haas Racing remains in question due to lack of sponsorship.  Ty Dillon has done a nice job in the No. 13 for Germain Racing this season, but could be an option to replace Paul Menard at Richard Childress Racing. Ty is the younger brother of Austin Dillon who pilots the No. 3 for RCR, and grandson of Richard Childress.