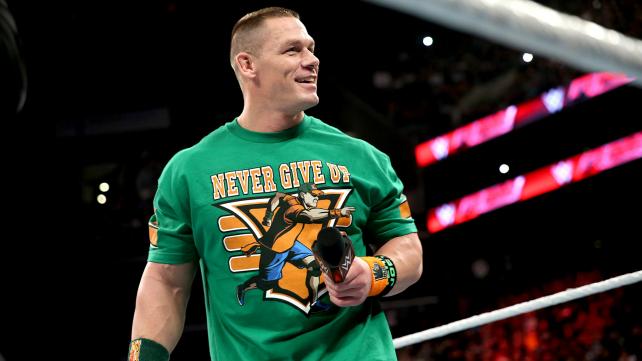 Roman Reigns and Vince McMahon confrontation was done well. Reigns has improved a lot on the mic since his Jack and the bean stalk days. This Brooklyn crowd was very interesting in the beginning of the show. In case you missed it Tony Chimel is doing the ring announcing tonight. I really hate the fact that WWE brings in “law enforcement” to a storyline, I believe it is stupid. It’d be so much better if this was the attitude era, this segment would have more meaning behind it.

Wow. I didn’t think this match would have ended so quickly but it seemed like it could happen, and it did. The match/post match was great for both guys. Neville picked up a win over the former Intercontinental champions and Owens got moment in return for the post match attack. I think what could have made this segment better was if Sami Zayn would have made the save and helped out Neville, but remember I’m just a guy that reviews the shows.

WINNER: Neville via roll up

It took 47 minutes of RAW (real time) to actually have a real match. Lynch has a bright future in the divas division. The whole unity bit is annoying and it doesn’t fit Banks. This was one of the best diva matches I’ve seen in a long time. If they give the divas division in general this much time for their matches the division will have a fantastic future. Becky proved herself as a singles competitor and developed her character. Even though the crowd didn’t enjoy the match I know plenty others did.

WINNER: Sasha Banks via roll up

The trombone debuted at the Barclays center the last time New Day was in Brooklyn. So the New Day will fight your children…interesting. The match itself was alright, nothing to stellar. Another roll up though. That’s three matches with three roll ups.

WINNER: Kalisto via roll up

We want Cena, No we don’t chant had me laughing in the beginning of the match. Is Xavier Woods getting worse at playing the trombone or is it the acoustics in the Barclays? Woods yelling at JBL, Cole, and Saxton to talk about Big E was hilarious. “Talk about how strong he is. He’s from Iowa.” The rolling senton to Big E from the top rope was impressive from Sin Cara, Big E isn’t a small guy. It was nice to see this match actually have a finish and not end in a roll up. Big E has a bright future.

This segment was crowded. Honestly any Miz TV segment has an interruption anymore. Ryback says that 2016 will be the year of the big guy. Goldust appears and makes fun of the Miz. Zack Ryder comes out and says 2016 will be the year of Zack Ryder. R Truth encouraged fans to vote for him to become Superstar of the Year…a week late. Heath Slater makes an appearance!! Big Show makes a return and clears out everyone from the ring. Show then declares for the Royal Rumble. Big Show ruined a segment that could have had a ton of potential with Slater and Ryder.

This was a waste of time and a waste of a match. No fan is interested in seeing the Big Show wrestle anymore. Show should begin commentating if he can’t stay out of the spotlight, he shouldn’t be wasting a roster spot for someone else more valuable. Lastly he is just wasting TV time for people that deserve it.

WINNER: Ryback via count out

Dean Ambrose and the Usos vs Sheamus, Rusev, and King Barrett

This match was very very boring. Fans are doing the wave and the heels are mocking them. It was hard to watch but the post match attack from Owens to Ambrose was a bright spot. Owens looked ruthless and you can tell he is a legitimate threat to Dean and his Intercontinental Title.

It was great to see Cena back in a WWE ring. The US Open Challenge is missed. Cena did enough to engage the crowd in his pre match promo and talked up the US Title. Cena gets what he wants, somehow he always talks his opponents into doing whatever it is he wants. I think that we will be seeing John Cena vs Alberto Del Rio for the United States championship at the Royal Rumble. This match was much better than the one they had at Hell in a Cell.

Once again Roman Reigns doesn’t appear until the end of the show. I understand the thought process here by him getting a big pop from the crowd but he should at least have a match on RAW. That bothers me and makes me believe that outside of the League of Nations the WWE has nothing in store for Reigns after that.

NEXT WEEK: Roman Reigns vs Sheamus for the WWE World Heavyweight Championship with Vince McMahon as special guest referee.