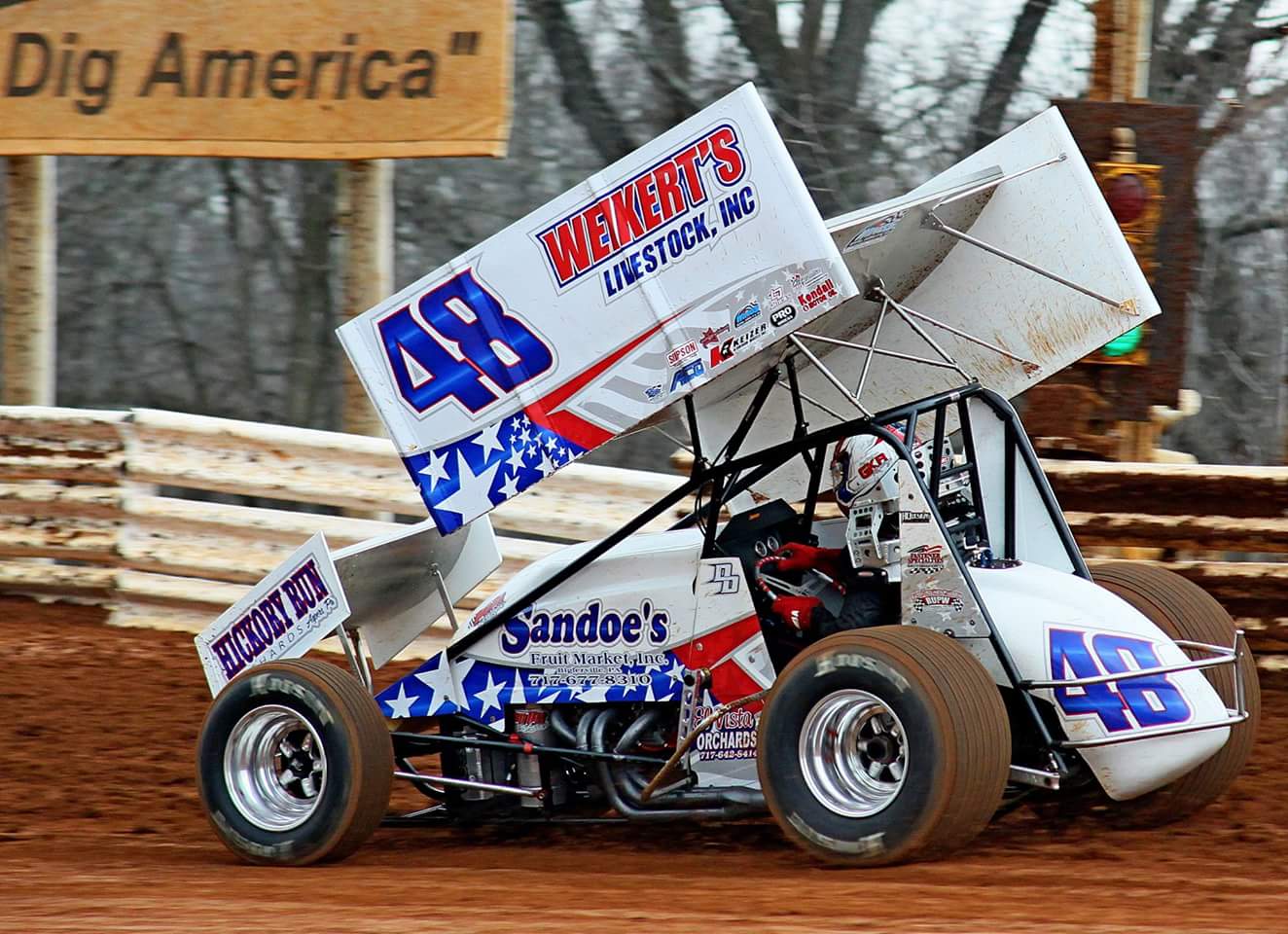 Fans at Atomic Speedway (Waverly, OH) saw a thrilling end in Thursday night’s Buckeye Spring 50. Darrell Lanigan passed teammate Don O’Neal on the final lap to claim the $10,000 prize. O’Neal led the first 49-laps before Lanigan made the pass for the victory. Both drivers run cars owned by NASCAR driver Clint Bowyer. Friday night Josh Richards captured the checkered flag in the Steel Valley 50 as the LODLMS made its first ever visit to Sharon Speedway (Hartford, OH). Richards took the lead on lap four on his way to a $10,000 payday. Brandon Sheppard set fast time in qualifying, setting a track record at Sharon Speedway with a 14.842. Sheppard finished second in the feature. The Lucas Oil Dirt Late Model Series returns to Ohio in July with three shows in three nights. July 1st at Portsmouth Raceway Park, July 2nd at Mansfield Motor Speedway and July 3rd at Muskingum County Speedway.

All Stars In Orrville

Weather washed out World of Outlaws Craftsman Sprint Car Series shows in Arkansas and Missouri over the weekend. That allowed Sheldon Haudenschild, who sits atop the Rookie of the Year standings in that series to come home and race. Haudenschild would go on to dominate the Arctic Cat All Star Circuit of Champions event Saturday at Wayne County Speedway. Chad Kemenah finished second and continues to sit atop the points standings with the All Stars. The All Stars are back in Ohio over Memorial Day weekend. They visit Attica Raceway Park on May 26th and Mansfield Motor Speedway on May 28th.

Cody Sommer and another man were involved in a crash Sunday at the Mansfield track. The Mansfield News Journal reports Sommer was running a pickup around the dirt oval when it hit a wall and rolled multiple times. According to the Mansfield News Journal, Sommer and his passenger had to be extricated from the vehicle and were transported to the hospital. Their conditions are not known. Sommer inked a three-year lease with track owner Grant Milliron this winter that includes an option to purchase the track. Sommer ripped out the old asphalt and transformed the track back to dirt.

Josef Newgarden earned his first victory with Team Penske in Sundays Honda Indy Grand Prix of Alabama. The win was the fourth of Newgarden’s career and second trip to victory lane at the 17-turn Barber Motorsports Park road course. Erik Jones went to victory lane Saturday in the NASCAR Xfinity Series race Saturday at Bristol Motor Speedway. Jimmie Johnson captured the checkered flag in Monday’s Monster Energy NASCAR Cup Series race at Bristol. The race was delayed a day due to weather. The win for Johnson is the 82nd of his career.

Weekend Racing Schedule: April 20-23
Dale Earnhardt Jr. To Retire At The End Of 2017