IMPACT Wrestling has Incredible Plans for End of the Year show 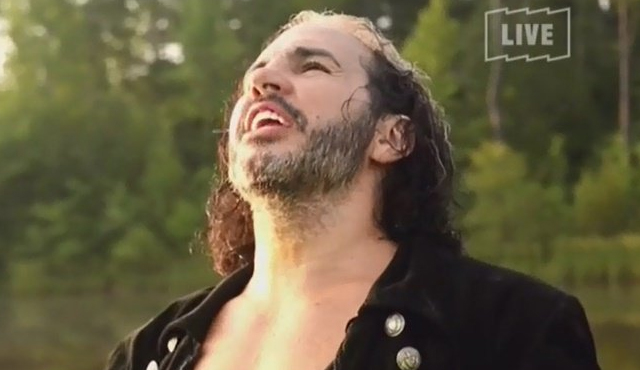 PWInsider reports:
During the recent TNA tapings , Matt Hardy cuts a promo and announces that an episode of Impact will take place at the Hardy Compound, this episode would be called Total Nonstop Deletion. Matt Hardy invites teams from “time and space” to compete in this extra special episode of Impact, that match will be called “Tag Team Apocalypto” and it will be a falls count anywhere on the compound match.

Also planned for Total Nonstop Deletion is the “in-ring debut” of Matt’s son, King Maxel , and a match between Grado and Smoking Joe Frazier, the kangaroo that was last seen in Delete or Decay.

I believe this is something that is needed for Impact Wrestling and it can definitely generate a buzz for the product that has had a lot of recent problems since the week of Bound for Glory.  If TNA manages to get “The Days of the New” from WWE, this could make for a very interesting time.

Below are the tweets from Broken Matt Hardy trying to book tag teams for Total Nonstop Deletion :

INVITED. If MeekMahan allows The Day of New to appear at #TotalNonstopDELETION's #APOCALYPTO, I'll make an appearance on MeekMahan's Show. https://t.co/ouDAM6GT2A

INVITED. If The Honorable Ring's COO Kris Koff allows The Bucks of Youth to appear at #TND, I will appear at ROH in return. https://t.co/aFMadMB9I5

The Young Bucks replied back to Matt Hardy’s tweet and mentioned the fact that they do not want to be called their old Generation Me tag team names.

Those names are OBSOLETE.

Although I recommend you two stay out of The Lake of Reincarnation. https://t.co/2Rlt0BwkCI

Let your favorite team know about #TotalNonstopDELETION so they're not Dennis Stamped. https://t.co/4PEOIt1EQ6