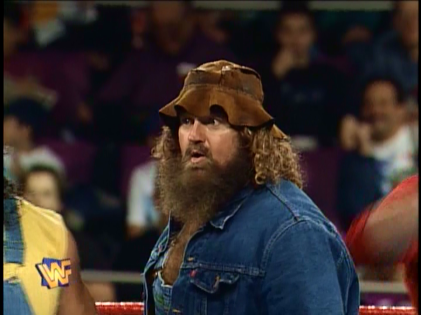 Hillbilly Jim is the latest inductee in the 2018 WWE Hall Of Fame class, Bleacher Report first reported on Monday. Jim (real name James Morris) wrestled for the WWF from 1984-1990. After multiple reports, the WWE confirmed the report on their Twitter.

BREAKING NEWS: As first reported by @BleacherReport, #HillbillyJim is the newest inductee in the @WWE Hall of Fame’s Class of 2018. #WWEHOF https://t.co/JhfOWkYj8b

Hillbilly Jim first started in the WWF as a fan that saw a future in professional wrestling. After sitting in the front row of events and appearing on “Piper’s Pit” with “Rowdy” Roddy Piper, Jim was eventually offered to be trained by Piper. Instead, he chose to be trained by Hulk Hogan and got into the ring. Though never partaking in a heated rivalry or storyline, Hillbilly Jim was a fan-favorite throughout his entire wrestling tenure.

Morris appeared in three WrestleMania matches, all of them being Battle Royals. He even helped his on-screen cousins The Godwinn’s win the WWF Tag Team Championship in the late 90’s.

Hillbilly Jim joins Goldberg, Jeff Jarrett, The Dudley Boyz, and Ivory in what is a very nice Hall Of Fame class.