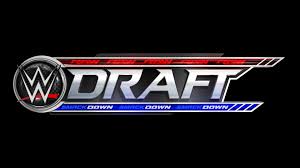 The WWE Draft is behind us and now it’s time to talk about it. There were top picks, bad picks and highlights, so here we go with the best moments from a historic night.

BAD MOVE-Kevin Owens, overlooked again. Why did he drop so far in the draft? He is single-handedly taking the WWE by storm and continually is overlooked. Such a frustrating time for KO and his fans, so hopefully this gets turned around and KO becomes the main-event player her should be. Lowest point of the draft by far.

GOOD MOVE-The WWE Championship match was a success, with Dean Ambrose defending the title and showing why he is a great champion. The fact it was a clean finish was stunning but definitely the way it should’ve went.

BAD MOVE– Why is Cesaro mad? Well, obviously he isn’t thrilled with WWE management. In a promo which is being referred to as a shoot, Cesaro was mighty angry. Can he fuel his anger into a title shot? Hopefully.

GOOD MOVE– Charlotte getting drafted in the first round. Draw attention to the women’s division and rightfully so.

BAD MOVE– Splitting up The Club from AJ Styles. Except for getting them with Balor, this is a weird split up.

What do you think about the future of the WWE?