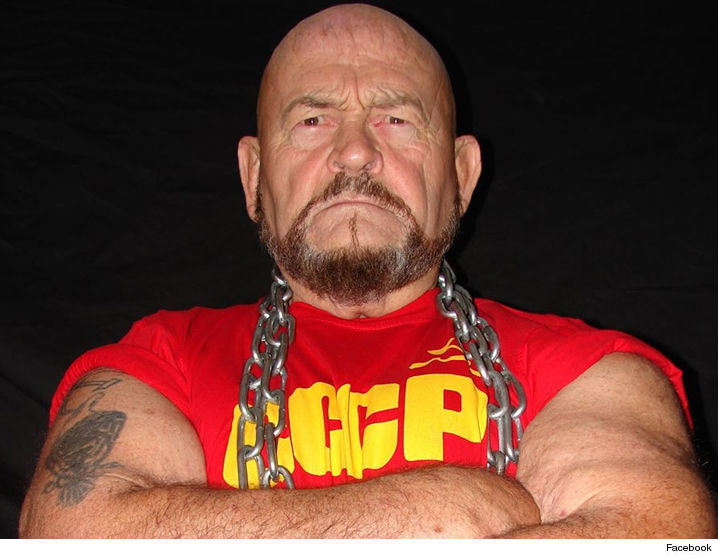 A sad week for former Pro Wrestling Legends continued today as it was announced that former WWWF Champion Ivan Koloff passed away at age 74.  This news comes less than 24 hours after the passing of George The Animal Steele.  Koloff lost a battle to live cancer.

Koloff was a legendary heel in wrestling billed as being from Russia, despite the fact that he was actual born in Montreal, Quebec, Canada.  Koloff ( real name Oreal Perras) became “The Russian Bear” Ivan Koloff, a bearded villainous character billed from the Ukraine in 1967 while competing for the International Wrestling Association .

Koloff is best known for being on the plus side of one of the greatest upsets in Pro Wrestling History.  On January 18, 1971, Koloff defeated Sammartino in Madison Square Garden for the WWWF World Heavyweight Championship, ending Sammartino’s seven plus year record long reign. It was a stunning upset.

While his title reign only lasted 21 days before losing the strap to Pedro Morales, it still goes down in the record books, and for very good reason.

His post retirement career was less then stellar, but had a few highlights including wroting a book titled Is That Wrestling Fake? The Bear Facts.  He also was named as a defendant in a 2015 lawsuit filed by WWE after they received a letter from him indicating that he intended to sue them for concussion-based injuries sustained during his tenure with them.

As mentioned, it has been a rough week for former pro wrestlers as Nicole Bass, Chavo Guerrero Sr., and George Steele have all passed away this week.