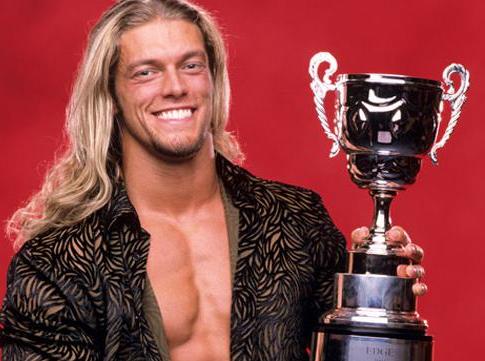 Sticking with the theme of the prior year, WWF stuck with promoting their top young star to the next level. This time it was Edge getting the honor. He ran through both Rhyno and Kurt Angle in two fantastic matches for the crown. Little did anyone know, just how successful the first ballot hall of famer would become.

A Street Fight between Kurt Angle and Shane McMahon was an instant classic and will forever be remembered for Shane McMahon being slammed against the Titantron, not once, but four times. Twice, breaking the glass.

WWF Tag Team Championship between champions Dudley Boyz (Bubba Ray and D-Von) and the challenger team of Kane and Spike Dudley, retaining the title and heading into a run as heels with the Alliance.

The Undertaker vs Diamond Dallas Page Ended in a no contest. However, it wasn’t really a sanctioned match, more so a one way beat down of Page. That trend of WCW competitors getting beat would continue.

The main event was a Triple Threat match for the WWF Championship. Steve Austin defended the title against Chris Jericho and Chris Benoit. The WCW Champion Booker T made his WWF debut and attacked Austin on the Spanish announce table. Benoit would follow by hitting a back-suplex off the top-rope on Jericho, which legitimately broke Benoit’s neck. Austin would crawl over to Benoit and pin him to retain the WWF Championship.

It was great to see Jericho and Beniot finally on the main stage as legit World Championship contenders. This was also the first PPV, that the WCW influence was starting to sink in.

All in all , a good King of the Ring, with the Shane McMahon vs Kurt Angle match being the best match of the night.

For part 8 of the series, click the below link