FLASHBACK: The 1997 WWF King of the Ring 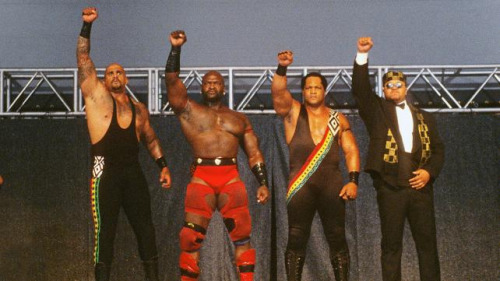 It is now time for part 5 of our 10 part series in a look back on The WWF King of the Ring Legacy!

It was the fifth annual King of the Ring event and took place on June 8, 1997, at the Providence Civic Center in Providence, Rhode Island and it simply fell flat.

This gave Michaels time to recover who hit Austin with Sweet Chin Music and tried to pin Austin. A second referee came out in the match but instead of counting the pinfall for Michaels, he checked on the first referee.

This angered Michaels and he attacked the replacement referee. The third referee Earl Hebner came in and disqualified both Austin and Michaels for attacking the referees. A pointless match that very few wanted to see, had a even more pointless ending to it.  Little did anyone know, that 10 months later that same match would become the Main Event of WrestleMania 14.

One could only wonder if Bret Hart was healthy, how, if it all, he could have helped this mess. He chose to watch from the stage with the Hart Foundation in a wheel chair.

The main event was between The Undertaker and Faarooq for the WWF Championship in another strange booking. The Undertaker was trying to keep Paul Bearer from revealing a deep dark family secret, so he did anything Bearer told him to.  This included, giving Faroog several post match Tombstone Piledrivers after he had already beaten him at the request of the deranged Bearer.

In a bizarre twist, this led to his arch nemesis Ahmed Johnson making a run-in and arguing with Undertaker. The argument ended with Johnson hitting Undertaker with a Sitout Double Underhook Powerbomb.

It made no sense that night, but came into the clear a night later when Johnson and The Undertaker were teamed together for a tag team match against Faarooq and Kama Mustafa on the June 16 episode of Raw is War.

Johnson turned on The Undertaker during the match, allowing Kama to pin The Undertaker for the victory. As a result, Johnson became a villain and ended his rivalry with Faarooqs Nation of Domination by joining the faction.  Johnson would never do much in his time with the Nation and the WWE moving forward.

Ironically enough, it would be a different Johnson who would soon make the most of his time in the nation, and that was the one and only, Dwayne “The Rock Johnson”

The lone bright spot was the actual King of the Ring Tournament Main Event between HHH and Mankind. These two had instant chemistry and it showed in their first big match together. They would go on to have a long and memorable feud over several years and various Mick Foley characters. HHH won the crown that was promised to him the year before in a sensational match.

In other news and notes, the WWF once again tried to force Jerry The King Lawler onto the card. They believed that because he was the King, he had to be on these pay per views each year. The problem was, every time he was, his match was a clunker.

94 with Piper, 95 with Hart, 96 with Warrior and 97 with Mankind all stunk. You would have hoped they learned their lesson, but in 98 it got even worse for Lawler. More on that later.

FLASHBACK: The 1996 WWF King Of The Ring