FLASHBACK: THE 1995 WWF KING OF THE RING 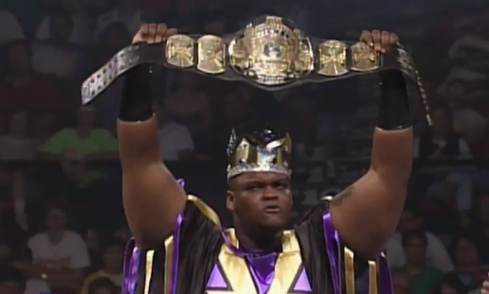 PHILLY, Pa – The 1995 WWF King of the Ring Pay Per View took place in front of the hostile ECW crazed Philly crowd and went down as a clunker.

In an 8 man tournament that featured first ballot hall of famers such as Shawn Michaels, Undertaker and Yokozuna, the tournament was won by Mabel. Yes, you are reading that correctly. Not only that, but none of those 3 legends even made it out of the first round. Those places were reserved for such greats as Road Dog and Savio Vega. No need to go into detail, other than pointing out the fact that during his coronation, the hostile Philly crowd peppered “King Mabel” with cups of beer and soda pop. It was a risk by WWF creative, and it failed.

A five star classic by Bret Hart can usually save any sour pay per view, sadly even Hart couldn’t save this one as his match was a “Kiss My Foot Match” against Lawler. It didn’t deliver and the boo’s just kept coming.

The main event was WWF Champion Diesel teaming with Bam Bam Bigelow to take on Tatanka and Sid. The match was decent until Sid walked out. Wrapping up one of the worst if not “the worst” King of the Ring Pay Per View of all time.

That’s okay though, because 1996 would go down as one of the best!