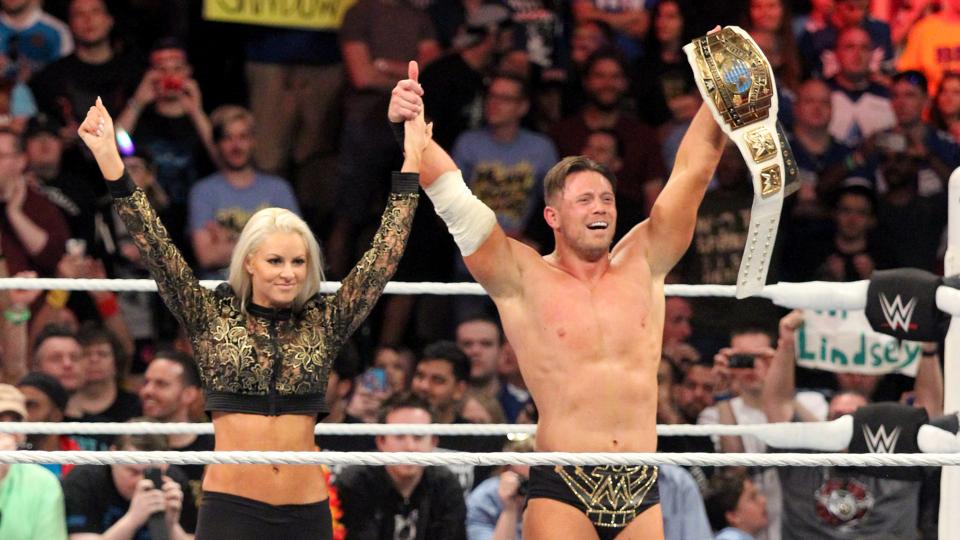 Who is texting Corey Graves mean things about Kurt Angle, and why?

The who is either Stephanie McMahon Helmsley or HHH.  That much is clear, and it is clearly regarding his job performance as Vince hired him, not either one of them.  Why Corey Graves is so involved in matters is still a mystery.  My first instinct is that Graves will replace Angle as the NEW GM, and RAW will go back to a two man announce team.

Now, the second part of the question is the intriguing part.  Why HHH and Kurt Angle this far before Mania?  The thought all along is that they will meet at WrestleMania 34, so they appear to be setting this up awfully early.  My prediction is that HHH will appear the night after SummerSlam, and wipe Angle off the map.  It will be the typical HHH shows up and destroys someone.  This will write Angle off of television until after the first of the year.  Angle will then return for the Rumble as a surprise entrant, eliminate HHH or someone in his stable, and the buildup will resume.