Five Big Angles That Could Make This The Most Memorable WWE WrestleMania Ever! 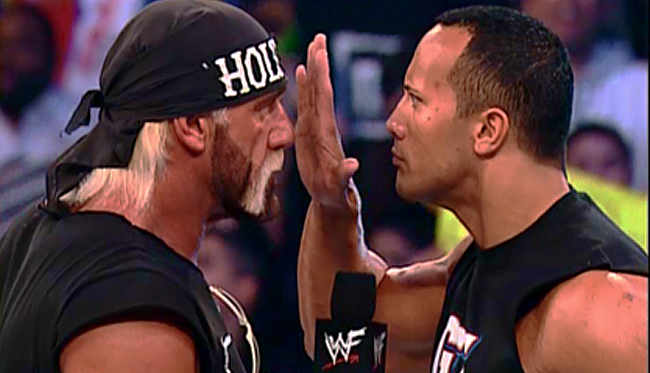 There is a good chance, with the card as strong as it is, that even without these five major surprises the card will be memorable.  This card is stacked from top to bottom, but WrestleMania is typically the platform for the biggest shocks and surprises of the year.  If even one or two of these five things happen, this year’s edition may go down as the most memorable ever.

Okay, so let’s start off with a long shot.  There is no one on the current roster that would make sense in this role, so they need to bring back a legend.  Names such as The Rock, Batista, Rey Mysterio, Bobby Lashley have all been bantered around as well.  However, the one that would have the biggest impact would be the Hulkster himself.

The Four Horsewomen get formed!

You want something to happen that will steal the show and no one will forget?  Form the Four Horsewomen on the main roster during this show.  It is as simple as all four women (Bayley, Sasha Banks, Charlotte and Becky Lynch) attacking Ronda Rousey post match.  They al have legitimate beefs with her stealing “their spot” at the top of the women’s roster.

In order for this to work, Rousey and Angle will need to win and then allow themselves to be attacked afterwards by HHH and Steph.  Once Rousey get’s her composure, these four women need to rush the ring and give Rousey the beat down of a life time.

When you break all the elements down, this is the perfect set up.  You turn four women “heel” at once and form a stable that was over big n NXT.  I understand that instantly creates an over load of heel women on the roster, and leaves few faces left, but there are always ways around that problem as well. The impact would be worth the massive roster shuffling that would have to follow.