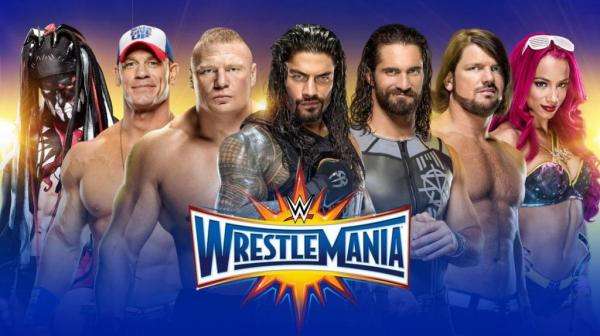 WrestleMania 33 is still months away, but as the year changes from 2016 to 2017, it’s never too early to start looking ahead to what is always World Wrestling Entertainment’s biggest day of the year.

This year the event will take place in Orlando, at the place where the 24th event took place on a night where Ric Flair was superkicked by Shawn Michaels into retirement, and the Undertaker beat Edge to win the World Heavyweight Title which was short lived when he got hurt.

Last year the event in Dallas drew an announced crowd of over 100,000, and while they won’t get that this year, they will of course put the marketing push in motion, and it’s already started on the weekly WWE programs with television spots.

Today we take a look at some of the early matches we think could be on the card this year. We realize it’s a longshot at that number of these bouts will take place, but it’s always nice to dream as we look at this ‘super card’ of wrestling.

As always feel free to leave comments with what matches you think will be taking place when the fireworks go off in Orlando on April 2, 2017.