Drew McIntyre coming back to WWE 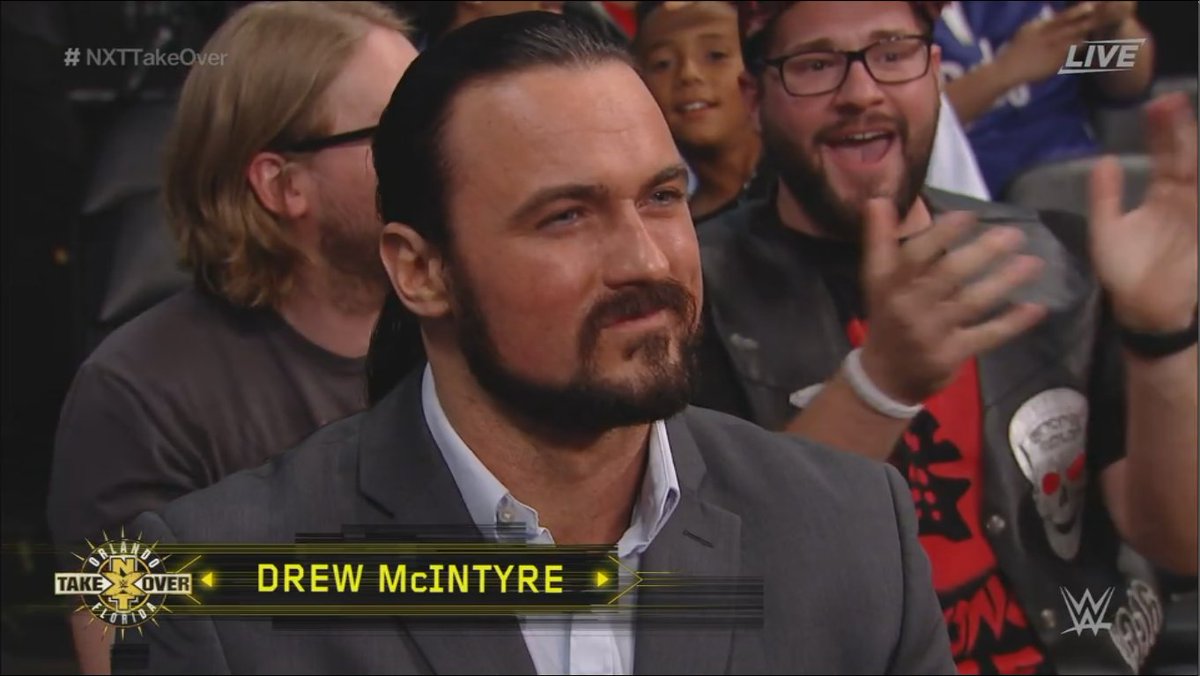 On Saturday WWE ran their developmental territory special on the WWE Network, NXT TakeOver: Orlando.  During the event, the camera cut to a familiar face, Drew McIntyre. McIntyre was released by WWE back in 2014 and went on to compete for Impact Wrestling and on the independent scene.

Just moments before the surprise appearance of McIntyre, ESPN confirmed that he indeed has joined the NXT brand full-time.

ESPN asked Drew McIntyre why he signed with NXT:

“Well the answer’s pretty simple. I’ve won championships all across the world, I’ve helped build brands. So what’s the next logical thing for me to do? It’s to come here and win the NXT title.”

NXT Champion Bobby Roode defeated challenger Shinsuke Nakamura which means that the champion will have a new challenger in the future.

With the news of McIntyre joining the NXT brand you can expect the former WWE Superstar to put his name in as one of the many possibilities that can be facing the NXT Champion, especially after he let the WWE Universe know his motives as to why he decided to sign.

McIntyre has held WWE gold before being a one-time Intercontinental champion and a one-time tag team champion.