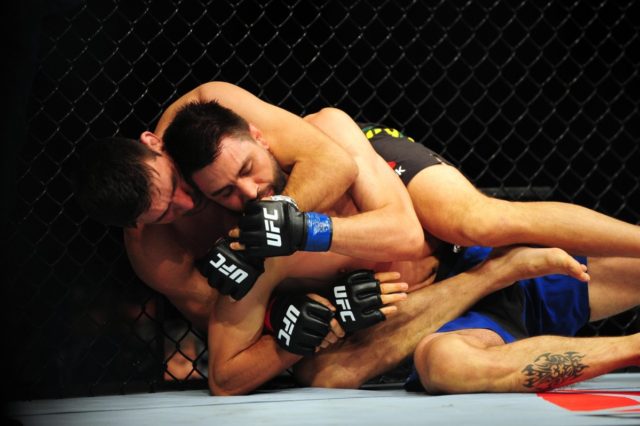 What happened Saturday night was something truly surprising.

Demian Maia put Carlos Condit on his back and submitted him in the first round.

This set two things up: 1. Demain Maia is definitely in the title hunt for the Welterweight division. 2. Re-opened the talks of Carlos Condit retiring.

So, let’s disect the more impactful one for the title hunt. Maia is searching for the title that has eluded him for his whole career. One problem, a very big problem.

The problem’s name is Stephen “Wonderboy” Thompson. Thompson is definitely the next contender in line. He has been patiently waiting as he watched Tyron Woodley take what he felt was his, the title shot against Robbie Lawler. After Woodley claimed the belt from Lawler, Thompson was waiting.

So now what does Dana White do?

On one hand, Demian Maia has been waiting and fighting his way to the top. On the other hand, Stephen Thompson is the best fighter currently comes to the Welterweight division.

I say give it to Wonderboy. Maia can wait one more fight, as he is definitely proved his worth and he is more than deserving….after Thompson.

Now, here is the second part. Carlos Condit could retire after this very tough loss. Does this retirement talk happen if Condit doesn’t lose to Lawler and then right after has a crushing loss to Maia?

I don’t think so. If Condit does retire, he will go down as a fantastic fighter. Should he choose to say, he could work his way back towards the top.

What a wild UFC weekend.

Paul Kruger’s Contract Terminated By the Browns
Should Joe Haden Be Gone Instead Of Paul Kruger?